Hello everyone !! This evening I'd like to talk about my current 6th edition army which is Grey Knights  (GK) with a Necron allied detachment.

Warning - This subject is quite troubling and stirring to some as there are those that do not particularly like this combination.

As an aside I had a 2000 point game today versus an Ork army using the double force organization (FOC) - it was optimized featuring four dakkajets, one Mekk Boy and two Warpheads. I thought it was a very fitting army for the Ork background and well designed. I was talking with my opponent while we unpacked our armies and brought up the subject of my 30k army I am working on now. I was a bit surprised to hear him say that Forgeworld isn't ready for prime time in local tournaments knowing that he won an RTT last weekend using the same double FOC list. I thought it was kind of funny that he is okay with the double FOC but not Forgeworld. I am more open now to the new things that have come along which should be obvious to you here that follow my blog. 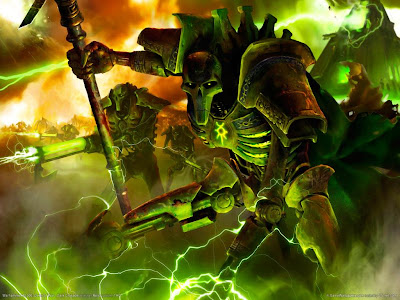 The army as it stands now is an expansion on the 1500 point core list I developed over the summer to play in a GT held in Los Angeles (Komikaze run by Reecius and his crew from Team Zero Comp). The main additions are Coteaz, 10 man Purifier squad and the Land Raider Crusader.

As you may notice the army does not feature any long range fire power except for the Mind Strike Missiles. This is offset though by the three flyers which have the ability to get where they need to be quickly and get the job done. In case you are wondering I typically deploy Crowe in the Stormraven, Coteaz and the 10 man squad of Purifiers in the Land Raider Crusader... the Destroyer Lord joins the Immortals in their Night Scythe.

The army is a mix of MSU, flyers plus the brick of ten Purifiers in the Land Raider Crusader. The Purifiers are sheer death when it comes to any hordes... Cleansing Flame will invariably torch them if they reach combat. Most of the army is composed of ground forces along with what I feel is the right mix at this point level for an air force. I have done very well versus the new Chaos Space Marines handily beating them every time so far.

Here is how I break down the army into its individual components: 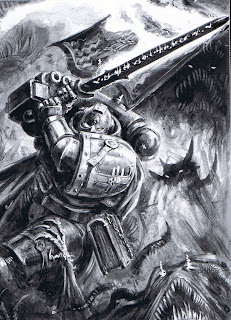 My three most heavy hitting melee units are Crowe, 10 man Purifier squad and the Destroyer Lord (Shiva). Shiva is the most potent in melee as they are not many units (such as MSU) that cannot deal with him... Shiva will invariably tie down an enemy unit and quickly grind right through them. Many say that Crowe is impotent but I have found he is another beast that excels in melee - You just have to go after the right targets.

Purifiers are in my opinion the best generalist unit now as they excel at both shooting and melee.