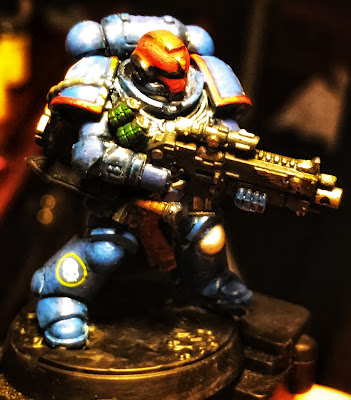 Getting ready for BSB next month here in SD.
Posted by Terminus Est at 11:08:00 PM No comments: 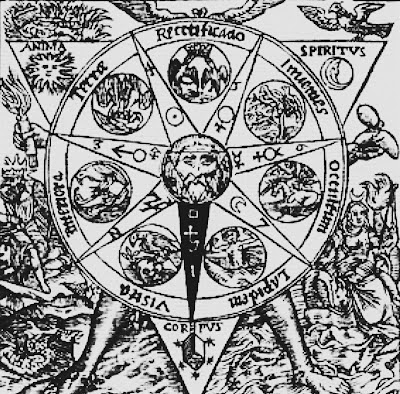 There came an eerie sound counter sink to the wail of the daemon blade. Orpheus involuntarily bit his lip drawing blood, a single drop split upon his chin marring the pale whiteness. Something stirred just along the other side of the aether forming against the Geller field projectively jacketing the hull of Hell’s Fury. It ticked at first growing steadily into a pulsing throb. Sensing its growing corpulence as it began to materialize Orpheus reached up to grasp the main buckle for release from the throne. Wisps of thin smoke poured from the Hellblade as its wail reached an octave pitch. The daemon ore burned molten red along the edges in absolute furious anger. Its form solidified as a ring of hoarfrost coated the deck floor within the spartan chamber.

Orpheus struggled to unclasp the lock while looking upon his personal collection of melee weapons mounted on the far wall. The topmost weapon was a special variant of the thunderhammer said to have been originally designed by the first and original ascendant of Vulcan. A hollow cylindrical chamber ran the entire length of the adamantium haft with a smaller circular chamber at the bottom flawlessly forged in the image of the Emperor’s elongated skull filled with an agitated reactant version of quick silver and heavily radiated to increase molecular mass upon any transverse deflection. As the weapon made initial impact the super heavy metal fluid flowed into a micro-cavity of the hammer delivering penultimate force upon contact completely obliterating any enemy. Titans had been fell with a single blow. The original design had been developed during the dark age of technology and later forbidden for general production. Extreme adept skill was required to heft the hammer as the angle of the swing must be perfect which eventually lead to the demise of its use.

A sick sweet smell similar to fresh burning ozone filled the chamber as the being began to finally coalesce into real space. It’s very being dripped rich residual energy of the warp etching random fractal patterns into the floor as it began to step syncing itself with the material realm. Standing slightly taller than the Templar its entire being was of a deep dark bruised purple and its very mass was so dense it folded space in upon itself around it. Orpheus saw a dark smile break its face in the final form of coalescence as its clawed hand reached out towards him grasping.

"I know you." said Orpheus as he finally broke his constraint and stepped free. The Hellblade screamed again but he ignored it reaching for the vulcanhammer. "sęvæn." Again the daemon smiled silently completely phased into the material realm. It stood directly between the Emperor’s Champion and his weapons rack. Orpheus reached around it clutching the hilt.
Posted by Terminus Est at 9:14:00 PM No comments: 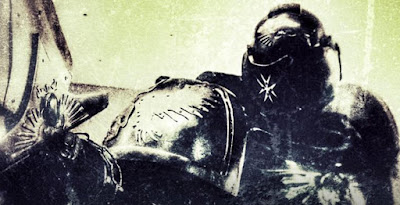 Orpheus stood within his private quarter of the Templar Battle Barge Hell’s Fury. He removed a gauntlet and looked upon the white flesh. The scars had vanished completely. Next he removed his helm. Pitch black hair spilled down any trace of grey gone. His muscles tensed as he drew the daemon weapon and laid it on the bunk. The edges sparkled in the dim light seemingly cutting into real space. At the bottom of the leather braided hilt shone a small polished skull cut from Obsidian. A black diamond had been fastened into each of the eye sockets. Grinning the pointed metal teeth gleamed.

"Hail brother." came a voice over the broken static erupting from the vox. "We are preparing to make translation back to Terra via warp jump."

"So mote it be." Orpheus replied as he disabled the channel. He sat upon his iron throne and strapped himself tight into the seat. The Hellblade began to wail as space folded into itself.
Posted by Terminus Est at 10:47:00 PM No comments: 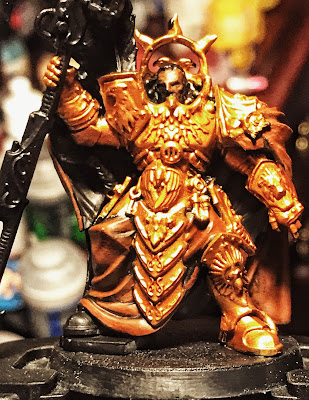 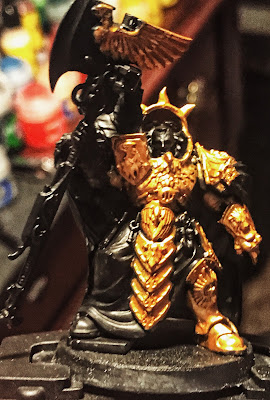 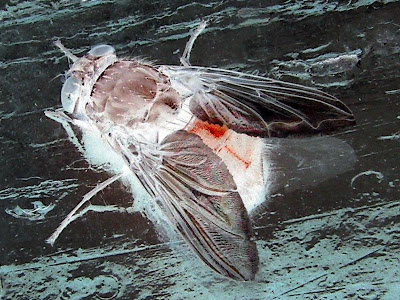 I had the following game last nite versus Tyranids:

I had the following army:

Tiggy had Might of Heroes, Veil of Time and Smite. Might of Heroes always came in handy when I was able to successfully cast it. Nidz had Catalyst, Horror, Onslaught, Psychic Scream and Smite.

My castle was Shield-Captain, Tiggy, Lt., one Intercessor squad, Hellblasters and Praetor.

First turn in drops Swarmy and one Trygon with stealers popping up from the tunnel and double moving thanks to Swarmy. Flyrant plops down too. Hive Guard all inside a central ruin... I was careful to deploy outside their range even with movement. Nid shooting kills like one Intercessor thanks to 2+ with cover... then stealers assault Intercessors and Bike Cpt - Praetor and Lt. both intervene. I lose the Intercessor squad but the characters shred most of the stealers. My turn I drop in everything to clear out my DZ. Shooting kills Trygon and wounds Flyrant - Allarus finish off the stealers... Wardens make the long charge into Flyrant and finish it off for the Warlord kill. I scored a lot of points this turn but there are still five more battle rounds left to go and I suddenly realize I am really out of position now.

Over the course of the game I am able to keep scoring some points every turn to maintain my slim lead... kill a unit here, grab an objective there - you know the drill. You can't afford to get behind on the primary objectives for ITC missions. Eventually the Nid player had to get very aggressive which ended up costing him but really there was no other choice. Allarus and Trajann had to foot slog it a couple turns in a row to get back into position for end game. His Hive Guard really choked versus the Custodes this game. Wardens were MVP absorbing several turns in a row all the shooting from the Hive Guard... amazing !!!

Really tough game... all the Nidz had left were two HG squads and the rippers.
Posted by Terminus Est at 9:10:00 PM No comments: 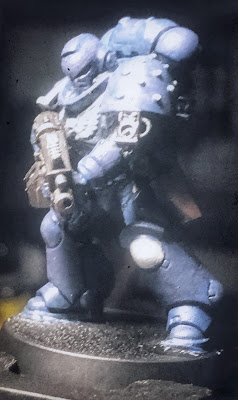 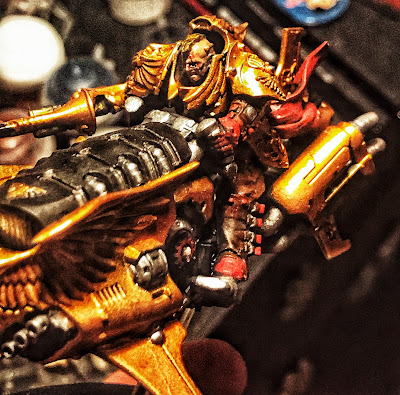 I’m currently about 75-80 percent complete with this project... but the last 20 percent usually takes the most time (i.e. paradox). 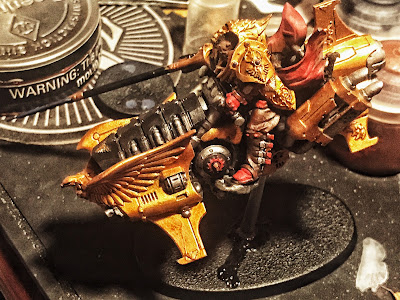 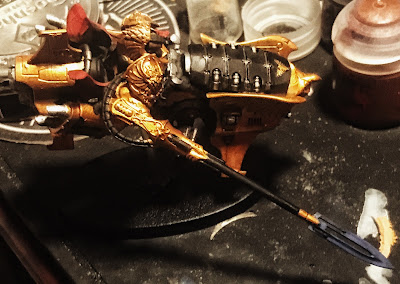 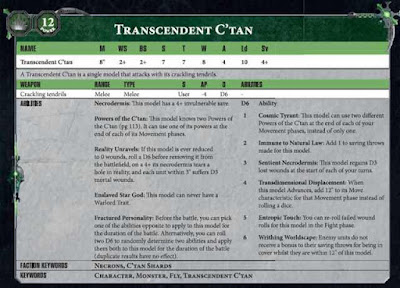 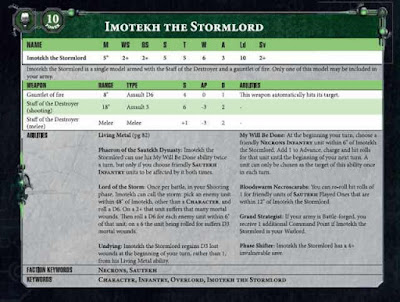 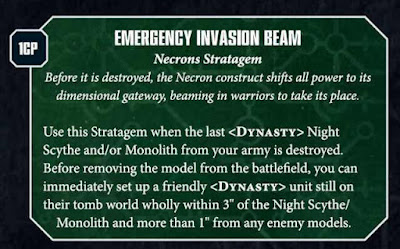 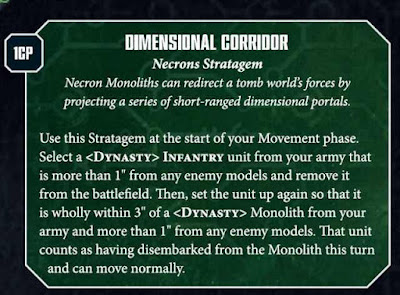 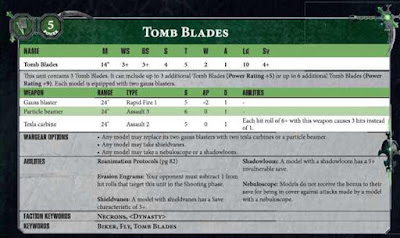 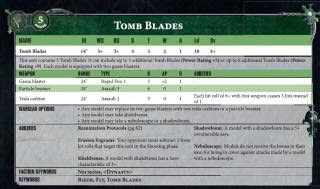 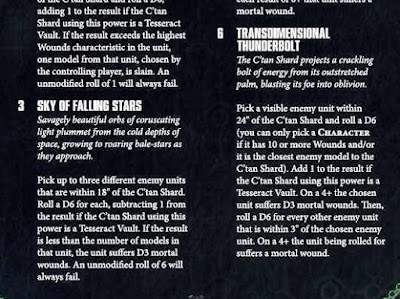 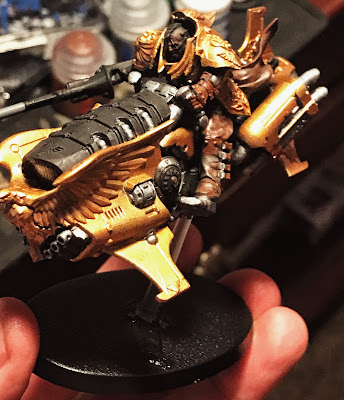 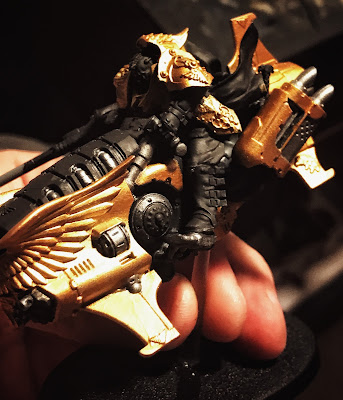 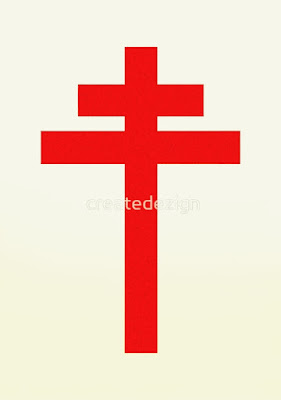 Orpheus emerged from the breach to see a cluster of Word Bearers close by firing their bolters at a squad of Templars breaking from rocky cover. A standard bearer held the sign of the bright crimson Templar cross above his black helm as they engaged the traitors. Unlimbering the Hellblade Orpheus struck from the rear. The daemon weapon sliced through the enemies’ tainted armor with ease eviscerating those closest. He felt their very essence absorbed by the razor edge as it sliced through flesh and bone binding him to the Hellblade. His brothers rushed into the fight to join him swinging their chainswords with willful abandon. One by one Orpheus struck down the enemy until none were left standing. The daemon weapon growled as it ate the souls of the Word Bearers then seemed to purr sated by their death. Looking down upon the defeated he saw the enemy had been sluiced into many severed pieces, shorn bone glistened as the blood spilled upon the stony soil. Orpheus had never felt stronger.

"Brother Orpheus." said the standard bearer. "We came looking for you."

"The Word Bearers are allied with the darkness but we were born into the abyss, it molded us." the Templar replied.

"Yes." said Corvus the standard bearer. "We are forged from a stronger ore. This universe is a living hell. We must return now."

Orpheus gripped hands with Corvus. "Lead the way."
Posted by Terminus Est at 11:12:00 PM No comments:

Dawn Blade +3 S
EWO have additional clause of -1 to hit when being used.
Multitracker now only works on units with 5 or more models. 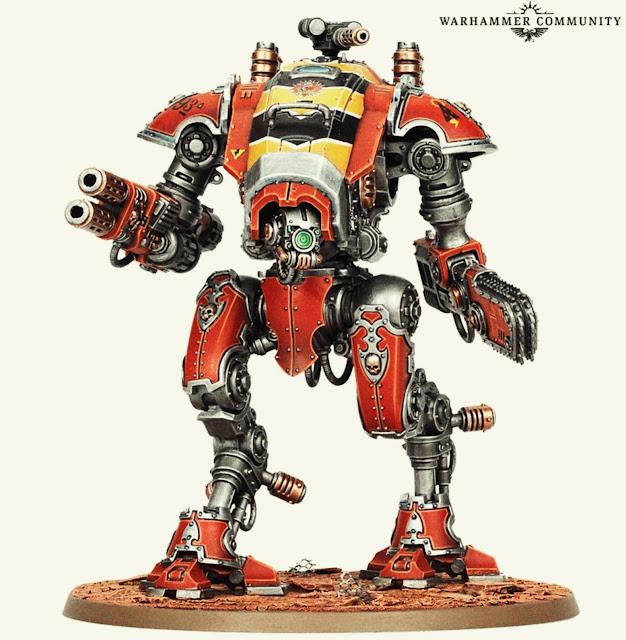 Email ThisBlogThis!Share to TwitterShare to FacebookShare to Pinterest
Labels: Rumors 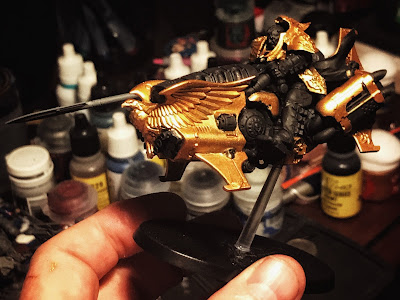 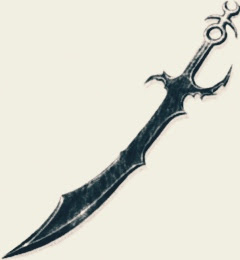 There was the steady drone of bolter fire from close by filling the void of silence. Orpheus looked down upon the headless body of the demoness as it began to dissolve reabsorbed by the Warp. The red flesh peeled away from the elongated skull revealing twisted runes carved deep into the bleached metallic bone. The filed teeth still chattered against each other, chipping each other into bits of small shards. Finally all that remained was the Hellblade, it laid there resting in the rubble and ash. The Templar bent down and grasped the hilt. Orpheus immediately felt tendrils of raw unbridled power seeping up from the unholy ore. Rising back up he swung the blade, it felt light as a feather.

The bolter fire sounded much closer now. The sudden rush of an air ship flying over the ruins blotted it out for the briefest of moments as it passed over. Gripping the Hellblade with both hands the Templar made his way back to the opening. He saw the dead Techmarine laying beside the rent and stepped towards it. Placing the Hellblade beside the dead Templar Orpheus took pieces from his fallen brother’s armor to replace those ruined in the duel. One by one each piece clicked into place. There was one last nerve gas grenade which he attached to his new chest plate maglocking it in place. He also took the void pistol to replace his spent bolt pistol. Again there was the harsh sound of bolters and now it was just past the entry where he stood. Orpheus gripped the Hellblade again and waited.
Posted by Terminus Est at 1:54:00 AM No comments:

1) reroll wounds 1 against Monster or Vehicles
2) your shooting phase, pick a visible enemy unit to your warlord, each time any friendly
Posted by Terminus Est at 6:13:00 PM No comments: