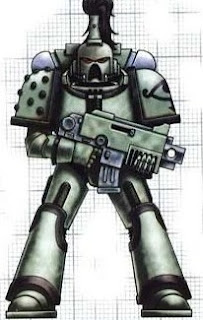 This is my second attempt at building a 30k Legion army list. It's over 2000 points but would be fairly easy to bring it back into that range. The theme is still Sons of Horus as they are my favorite legion in the book and have the most appealing builds to me. I've always been a big fan of terminators and this is one of those lists that does it for me.

I finally realized that terminators (not just the sergeants and HQ) have access to Volkite chargers and they are much better en masse - this should help a lot versus horde armies as unsaved wounds generate more shots (i.e., deflagrate). Note that Volkite chargers are assault 2 have a range of 15 inches.

I decided to go with the Cataphractii pattern terminator armor - mostly because I love the Forgeworld model... The armor looks really awesome in my opinion. The invulnerable save is a 4++ but they are Slow and Purposeful (S&P) versus Relentless. It's also interesting to note that 30k terminators do not normally have the option to deep strike but I don't see that as a major detriment.

So the net effect between the two (15" range plus S&P) is slow short ranged infantry army but as the terminators close in they can generate a lot of fire power. The list does feature two Land Raiders and that will help a lot to shuttle troops where I need them most. It will be interesting to see how it plays out once I start to playtest the army.

I have found land raiders to be highly survivable in 6th edition and the Spartan assault tank is one really tough mother. The land raiders coupled with the Rapier weapon batteries should be solid defense versus enemy flyers and any flyer that should move into range of the Contemptors will be in store for a rude surprise - Kheres pattern assault cannons are 6 shots each (S6 AP4 rending). If the dreadnaughts are deployed centrally then it's going to be hard for flyers to avoid them.

This is a rather defensive list in nature and I think that is a good strategy for 6th edition. Deployment will be key in any objective based games. 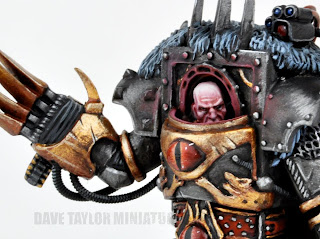 So who out there has read the book? If you have which Legion do you like best?
Posted by Terminus Est at 12:13:00 AM