Back to Blood Angels 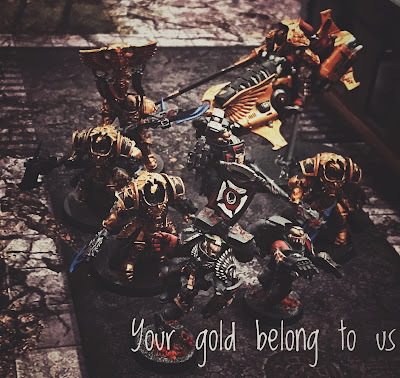 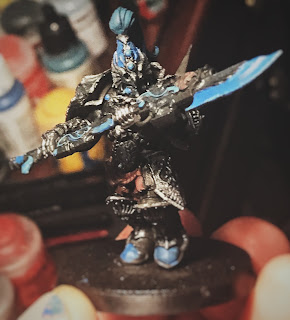 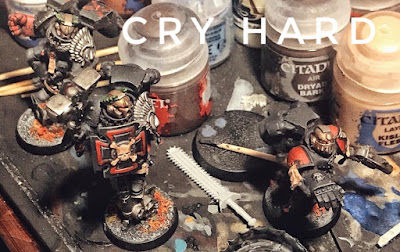 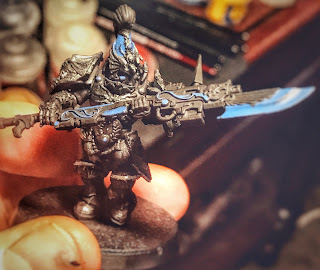 I just ordered some really cool bits for my army and thought I’d share some pictures. You can buy gauntlets too ! 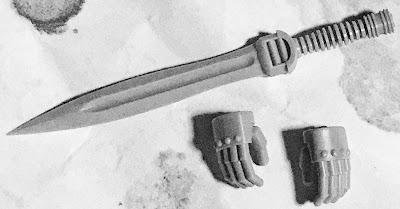 They have all kinds of weapons such as spears and other things as well.

Here’s a chainsword perfect for the relic Teeth of Terra -

Check them out at Conversionworld.de !
Posted by Terminus Est at 2:17:00 AM No comments: 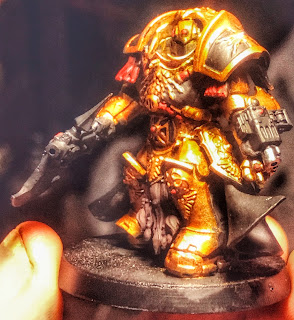 Here’s the video batrep for my game versus Goatboy last week:

You will have to cut and paste the link into your browser (sorry!).
Posted by Terminus Est at 2:56:00 PM No comments: 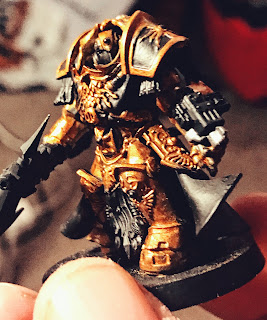 Transports are they any good now 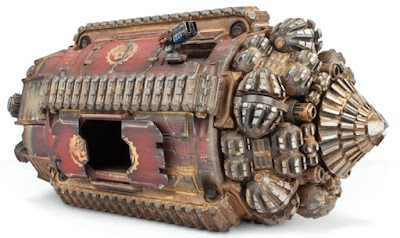 Note I’m not here to say transports are the Awesome but on the other hand there are some definitely worth taking if they can scratch your particular itch. I’d like to point out also if a transport is from Forgeworld you can’t dismiss it out of hand - plenty of people use Forgeworld now around the world, their products are widely accepted and have been so for over the past seven years or more.

Okay so let’s jump right into the heart of the matter now!

-Keyword Fly
Any transport that has ranged weapon(s) and the keyword Fly is often vastly superior to those without it. Here’s a list of some good transports that do:

Can you add to the list above? I rate the Wave Serpent as the best - very durable, Serpent Shield and Shuriken rending ranged weapons. Even after it pops the Serpent Shield which is ‘one use only’ it can still be fired again using a cheap strategem. I rate the Venom as second best because of point cost and its cannons are excellent at quickly clearing enemy chaff units. I’d go so far as to say most any transport with the keyword Fly is twice as good as those without. I’d like to add that Harlequins are also blessed with an excellent transport, the Starweaver, as well so let’s add it to the list... I’ll go into more detail below as to why. In fact I think Harlequins are a dark horse waiting for the right troupe master to come along and win big with them.

-Transport
So now we come to the heart of the matter... the vehicle capability to transport units and remember the focus is on those that have the keyword Fly but not to total exclusion. Being able to transport a unit is almost as good as being able to put a unit in deep strike reserve plus you don’t have to wait to turn to benefit from them either. For example the Wave Serpent can transport Dark Reapers and psychic characters protecting them from alpha and beta strikes - it’s a big deal. It’s not something you need to do all the time but it’s a very powerful card you con keep in your back pocket when you really need it.

Starweavers and Venoms are super speedy which makes them an excellent deterrent to enemy castles and uber fast melee units such as Shining Spears. First you must pop them which can deplete a lot of your shooting. If you have to use melee to destroy them it plays right into your opponent’s hand - evil things like Troupes and Wyches spill out right in your face ready to assault the next turn... you can’t lock them down either.

Stormravens are at the bottom of my list mainly because of points cost but they can transport a dreadnaught and get it up deep into your grill. Unlike other Imperial flyers that are transports as well the Stormraven has the Machine Spirit which is a big deal. I don’t know why the Corvus Blackstar doesn’t have Machine Spirit which the lack of makes it pretty much worthless in my opinion and I say this only to point out why the Stormraven is okay plus it’s one heck of a gunboat too.

-Non keyword Fly
There are some decent transports that don’t have the keyword Fly, they tend to cost more points unfortunately, the first two that come to mind are the Terrax Termite and the Spartan. Both are Forgeworld products that offer another dimension to armies that can field them. Both can transport multiple units including characters... I’ve already explained why this is a good thing. The Spartan can fire eight lascannons which is a big deal... it can easily delete a hurty enemy unit per battle round - for example I’ve seen them chew through multiple Hammerheads over the course of a game. The Termite has new rules which suddenly makes it competitive, Forgeworld taketh and giveth if you know what I mean - heh. Admech players have been begging for a transport since I can ever remember and now they finally have a good one... it’s about time. Another great transport by Forgeworld is the Repressor for Sisters of Battle.

CONCLUSION
While transports are not must take some still have a lot to offer. Currently I’m not running any but I do plan to run a Termite in my new Deathwatch army... two kill teams jumping out with lots of frag cannons can and will ruin your day. This is a bad edition in general for Imperial armies but it comes around and goes around which in and of itself is still a good thing. Finally I should mention transports reduce the number of drops for your army during deployment thus making the odds to go first better.

So which transports I didn’t mention above would you add to the list and why? Do you think I’m wrong - if so tell me all about it too.
Posted by Terminus Est at 10:01:00 AM No comments: 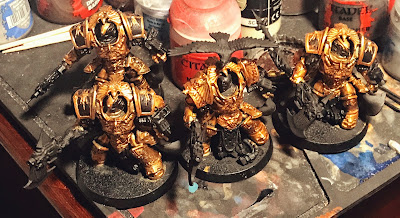 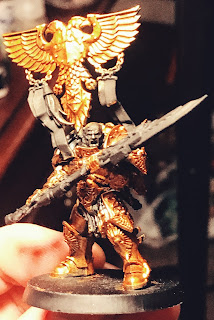 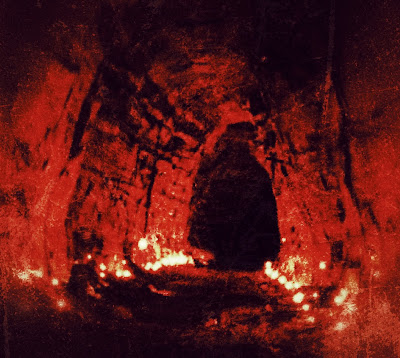 Orpheus stared into the pitch black sensing the monster. He could feel it sliding over broken tiles and hissing as it sensed them in return. "Flares!" commanded the champion over the vox. Clutching at their the lumen grenades some Sword Brethren pitched them into the masses while others threw theirs high arcing over the xenos biomass. Holy light spilled forth illuminating the inner hull, blinding the Tyranids. Bolt pistols rang out as they fired again clearing the inner circle. Orpheus looked up at the gargantuan alien construct. It towered over everything as it quickly slithered towards the Templars. Row upon row of heavily muscled talons spilled down either side bristling with long pointed razor sharp gigantic claws. Its neck terminated into a monstrous set of multiple hinged jaws extending out from the rupture. Leaping over a pile of dead gants Orpheus ran the Hellblade into its massive chest puncturing through the hardened exoskeleton. It screamed in a high sonic pitch obliterating any other sound. The lower coils of its tail wrapped around the champion’s legs and constricted. Pulling the daemon sword free the Templar drove the tip up into the underside of the maw punching into the monster’s small brain pan. Instantly the coils loosened as the behemoth crashed to the ground toppling into a teeming mass of Raveners smashing them into pulp. Orpheus drew the blade free as he heard the alien creature’s death rattle. "Follow me!" he shouted into the void. En mass the Templars spilled over the dead.
Posted by Terminus Est at 5:38:00 PM No comments: 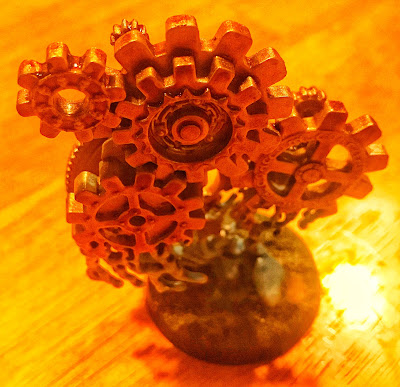 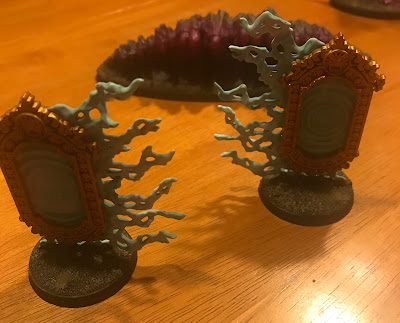 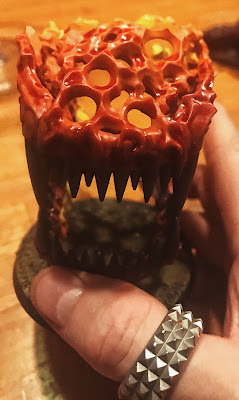 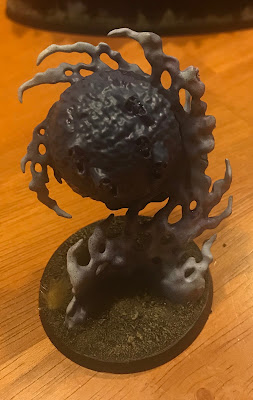 Email ThisBlogThis!Share to TwitterShare to FacebookShare to Pinterest
Labels: Age of Sigmar

This Friday afternoon in Austin, Texas I’ll be throwing down with the ever eternal Goatboy in a 40k death match at the BoLS HQ. Thomas will be running some Imperial soup featuring the new Knights and Slammaguinius Bros ! I’ll be running my patented secret tech Ultramarines with some friends. Check it out.

http://Twitch.tv/belloflostsouls
Posted by Terminus Est at 11:14:00 PM No comments: 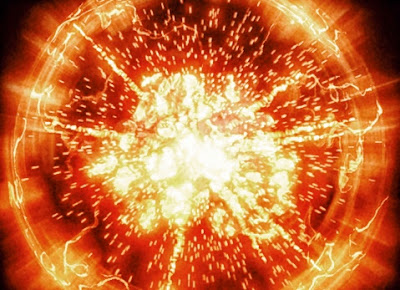 The black void hardened assault claws spiraled out from the Templar barge launch bay across the open space. Melta barrels fired in unison cutting through the outer barriers of the space hulk. In perfect unison vast multitudes of Templars spilled through the sudden gaps breaching the derelict ancient vessel. They were immediately met with hateful resistance as a host of gaunts poured into the surrounding breaches. First a wave of flamers spat molten promethium instantly vaporizing the clawing xenos horde then chainswords rained down carving through the thin exoskeleton shells. Bolt pistols fired at point blank range decimating the first wave. Orpheus spoke through the vox "Suffer not the alien to live."

Broods of genestealers emerged from the seams of the rent bulkhead to engage them. They struck hard carving through armor, cleaving through bone and organs. A fresh wave of Templars spilled into the endless scrum attacking their backside. Again bolters fired clearing out a free zone separating themselves from the newly dead. The Templars were fully committed swarming into the interior of the hulk.

Orpheus stepped into open ground brandishing the Hellblade. He and his hand picked retinue of veterans charged into the next rank of Tyranids carving through them with ease. The daemon blade screamed as it split apart torsos and rent limbs. Soon the floor was thick with sticky dark ichor running into the broken cracks. Screaming back a fresh wave of genestealers charged at them. Frag grenades rippled through the fetid air exploding into the alien biomass. Again the Champion lead his team forward surrounding by more Templars. They struck hard and fast maintaining the initiative.

Spilling down from the ceiling more Tyranids rained down upon them. Something enormous lurked behind the seemingly endless brood. Pulling the pins of their frag grenades the Templars released a storm of shrapnel at point blank range. Some of them died in the immediate blast but they were freed again.
Posted by Terminus Est at 9:00:00 PM No comments: 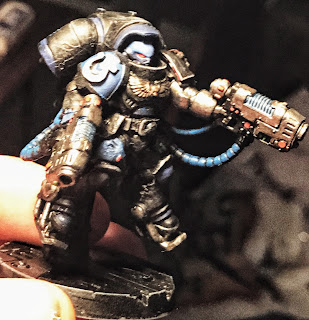 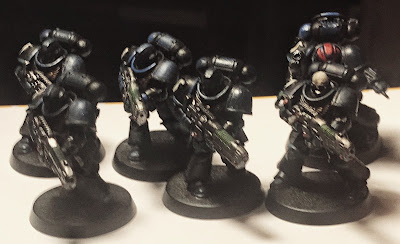 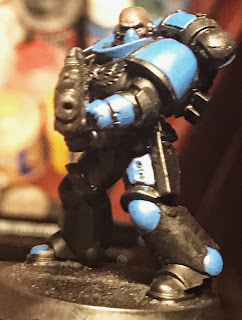