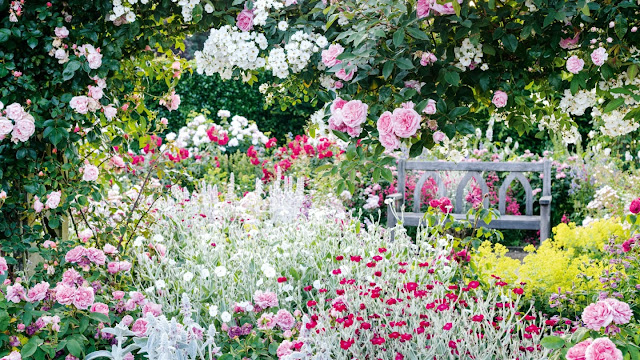 The garden was lush with a high canopy of green foliage concealing the vast tracks of throbbing tubular spore and fungi covering the broken stone. Hot humid air coursed through the environment fostering the plethora of wicked vegetation. At the heart of the garden there was a deep pool of pitch black ichor shining under the morning light. Tendrils of twisted plumes erupted from the very center twisting about in the soft wet whispering wind.

There came a sharp sound as the form of three armored figures shimmered beside the pool. One stood taller than the rest clad in pure black plate, two swords hung from his belted waist, each at either side. One was long and forged from steel while the other was a short gladius. His two companions carried large shields and were armed with swords as well. The former drew his long sword and slowly approached the dark pool. He thrust the tip into the poison and watched in silence as it began to consume the ichor. The steel blade grew dark then black until it had emptied the pool then he sheathed the blade and suddenly they vanished.