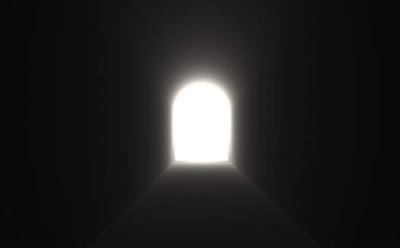 Talos stepped into the chamber alone. He had been summoned by the Night Haunter. His gauntlet gripped hard at the haft of the heirloom power sword he had robbed from a dead Blood Angels Captain. He felt the spirit of the stolen weapon buck his grip rejecting him.

"You are a thief and that is dishonorable." Talos turned to see a young girl standing behind him. Her eyes were blind but they looked deep into his exposed soul. "I smell your cowardice."

"Who are you?" asked the first Captain. He watched her face intently.

"Your executioner." she spat. Melisa drew her sword as she came about. The shift vanished revealing a tight black body glove. Her muscles rippled. Melisa leapt at him raining down a series of well orchestrated blows that caught him off guard. The razor sharp blade struck at his face severing an ear and the tip of his nose. Spinning about the assassin drove the sword deep into his abdomen severing his spinal cord. His fingers spasmed as the stolen weapon fell from his grip clattering against the floor.

"You will come to know true pain like never before and beg for a quick death." The sharp nails of her bare fingers clawed at his face disfiguring the white flesh. He screamed involuntarily as her fingers skewered his exposed eyes pressing deep into the tissue of the exposed sockets. His lips trembled as spittle drooled from the corners of his mouth. Melisa rammed the hilt into his teeth. They splintered from the sheer force of the blow.

She stood over his body watching him twitch. "Tell me why you exist."
Posted by Terminus Est at 1:37:00 AM No comments: