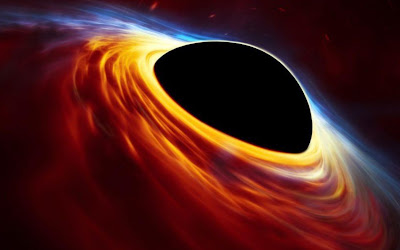 Kurze followed Talos as they stepped one after another into an empty room. "This is what I wanted to show you." said Talos. Rended pieces of dark blue power armor littered the floor and dried blood covered the walls sprayed in random grotesque patterns. Kurze saw broken shards of bone scattered amongst the grisly debris. "This is the answer you’ve been looking for... finally you shall be vindicated."

Conrad could not hide his shock as he frowned. He felt the madness stirring behind his eyes. "Who are you?" he asked whilst voluntarily ejecting his claws Mercy and Forgiveness.

Talos slowly removed his helmet revealing his face. He smiled then a shimmering began to stir as his form morphed... M’Shen stood before him face to face gripping the heirloom power sword in one hand and her own power blade in the other. Her eyes shown brightly with rage. At once the Primarch struck out lashing at the assassin with his extended claws. The dual blades quickly crossed in less than the blink of an eye blocking the first blows. "Why don’t you accept and welcome your death?" she smiled again.

"Because it was not meant to be this way." he snarled. Again Kurze struck ripping at the assassin’s blades. Deftly she parried and spun away unharmed. The fight continued on and on but the Primarch was unable to land the killing blow. Her weapons rained down as she leapt about the open room leading him on a mad chase, his mind clouded with the madness he fought hard to control and suppress.

Finally Kurze found an opening to her brilliant defense and struck with inhuman speed... Conrad felt the assassin’s twin blades punching into his torso puncturing the chest plate of the Nightmare Mantle. The pain was intense. M’Shen twisted her weapons severing internal organs. Laughing as she withdrew again he looked at her coated from head to toe with his own fresh dripping blood. Blocking out the hurt Kurze leapt across the room striking yet again. Throwing her phase sword straight at him like a dagger the pointed tip caught him square against the skull. Blood flowed into his eyes momentarily blinding him then a short wave from her neural shredder blasted him. Immediately seizures gripped him coursing through his wounded body. Confusion followed by more pain gripped the fallen Primarch as he stumbled crashing into a close by wall. His limbs thrashed about involuntarily as he fought to control them.

"You said the Emperor made you what you are and yet you cannot change even though you tried... the question is did you try hard enough?" M’Shen said curtly.

Laying upon the floor in a pool of his own blood he looked up at her, his eyes yet still human. "You are nothing more than a puppet pulled by strings from afar. You know nothing of the real truth." He smiled as his eyes turned into cold black orbs. "Your training to slay Conrad Kurze is meticulous but the actual question is can you beat the Night Haunter?" he laughed as his hand shot out catching her by the wrist.
Posted by Terminus Est at 9:26:00 PM No comments: 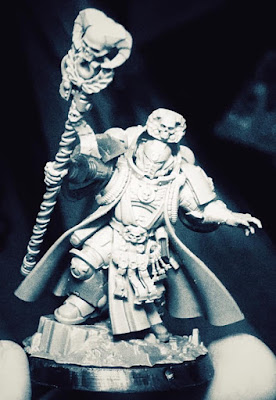 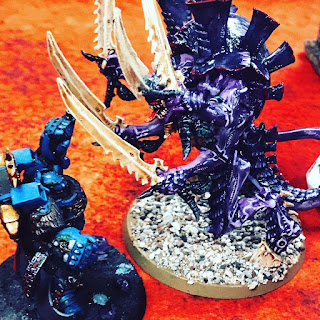