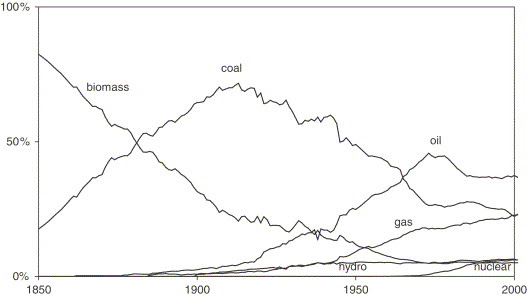 Hi all !! Your friendly (heh) Black Blow Fly here tonight to discuss preferred points level for Warhammer 40k Grand Tournaments (GTs). This year we saw a lot of GTs that were run at the 2k level - it is important to note that 2012 saw a transition from 40k5 to 40k6. I think most tournament organizers chose 2k for their 40k6 GTs simply following the trend from 40k5 and to a certain degree that's to be expected.

Introduction - WarGamesCon versus Comikaze
I played in only two GTs this year - the first one was WarGamesCon in Austin, Texas run by my good friends from Bell of the Lost Souls (BoLS)... This was a 2k GT using 40k5. The other GT was Comikaze in Los Angeles run by my good friend Reecius and his crew Team Zero Comp... This was a 1.5k GT using 40k6. I had one game in Austin that only went four turns and it was versus a Space Wolf player whom told me he was in the process of reacquainting himself with 40k... This game happened to be my only tie and if it had gone just one more turn I believe I would have won. This particular opponent spent an long long amount of time thinking out each and every part of the game before he ever actually did anything such as moving his modeis or shooting... It got to be a bit frustrating towards the end but I took it all in stride. It's very interesting to me that all my games in Los Angeles only ever made it to the fourth turn - several of these games were versus large Ork armies... None of my opponents at Comikaze were slow players and I really enjoyed my all my games versus these Ork armies - in fact they were simply fantastic people to play.

A Quick but Incorrect Conclusion
Based on these two experiences it would be very easy to draw a quick conclusion that the new edition simply takes more time to play but to be honest I don't think that's the case at all. I ran a GT here in Florida using 40k6 at 2k this past month and to the best of my knowledge the vast majority of the games made it to at least a fifth turn... In fact we monitored each and every game to check for slow play but none were reported by any of the players. I do know that a few of the games in the final rounds on the top tables only made it to the fourth turn but none of these particular players flagged their opponents for slow play (interesting).

Army Levels and Where Your Points are Best Spent
To me a big part of the appeal when traveling far away from home to play is the opportunity to bring a lot of my favorite toys and forge some very epic battles... Such as my Tyranids shooting down Draigo and his retinue of five Paladins in turn five for the win at WGC during the sixth round out of seven. In direct contrast I think 1500 points is a great level at which to design the base core of a competitive army but it's also lacking as the ultimate experience I'm looking for when it comes to playing in a large two day tournament.

Why do I say this... Well think about it for a moment - you still need a large number of scoring units to compete in 6th edition since most missions feature holding objectives as the primary win condition and to accomplish this on a consistent basis you will need at least three to four scoring units. If you only field up to three scoring units thst is cutting it very close as well so let's assume to do well you will typically need at least four scoring units (for many armies). This is a significant chunk of your army for many codices and not every army has access to dirt cheap troops such as Inquistorial henchmen or can quickly spawn huge numbers of gants on a whim. So at the 1500 point level there are many armies that will have a large percentage of these points invested mostly in their scoring units and as a direct result fewer points left over to field units from the other slots such as fast attack or heavy support.

The First and Second Jumps
The jump from 1500 to 1850 points is huge and opens the door to a much greater variety of units from other slots in the Force Organization Chart (FOC) besides troops... Which to me equates directly towards a better overall experience for my money. You have almost 25 percent more points available to build your army which is definitely a significant amount.

On the other hand the jump from 1850 to 2000 points is roughly an increase by a factor of only 10 percent - it doesn't seem that large of a jump and I'm not sold on the concept this reduction in points will significantly reduce the amount of time required to play five turns over the course of 120 to 150 minutes (i.e., two to two and one half hours). As I pointed out in the introduction I played in a 40k6 GT this year at 1500 points where the majority of my games (if not all) never made it past the fourth turn and we had around two hours per game. My conclusion here is the format plays a bigger role towards playing a fifth turn versus the specific points level.

Format
The format created for the TOs has a great impact on how fast a game can be played and the more complex the overall system is set in place will greatly impact how fast you can play a game in general. By its very nature 40k6 is much more complex than 40k5. Many new elements were added to the game such as rolling for your Warlord Traits and psychic powers. The assault phase is much more complex now in general as another example. The format we used at BeakyCon2 worked very well in terms of finishing games on time and for the most part there were no complaints in that regard. Also be aware that each round lasted up to 150 minutes and most of the few that overran this amount of preset time we granted the players up to 10-15 extra minutes of play time without significantly impacting the overall schedule... To wit I'm proud to say.

By excluding things such as Mysterious Terrain and the overall number of primary objectives you can drastically cut down on the time required to play a game. This additional gained time could nicely go towards allowing players to field larger armies (i.e., more points).

I think that a lot of other TOs that have not yet run a large 6th edition 40k GT are simply looking for the the simplest of means to shorten the time required to play at least five turns - and I think they will sadly discover this is not the best solution... Look at my results from Comikaze as a telling point... Smaller armies due to a reduction in points will not guarantee shorter game times - that is my prediction for 2013.

Total 40k6 versus 40k5.1
I do want to see the inclusion of 40k Approved units from Forgeworld and double FOCs next year. Cutting back to 1850 points in 2013 as the new standard level automatically eliminates the use of double FOCs and you will also have less points left over to field any of those dear Forgeworld units you've been planning to finally use. This is the wrong direction to travel and brings us back in time closer to something more akin to 40k5 in my opinion. Things like rolling for your Warlord Traits and psychic powers should require less than five minutes to complete at most. Definitely the new edition overall is more complex in many ways but on the other hand as players become more familiar with the new rules the game will eventually become less complex... Give it another year to shake out.

Conclusions
It will be interesting to see what comes to be. I'm an advocate for larger armies and the use of well defined formats to bring everything in line. This is all not to say I won't play in an 1850 point 40k6 GT, just stating what I currently prefer for now.

Email ThisBlogThis!Share to TwitterShare to FacebookShare to Pinterest
Labels: Guru