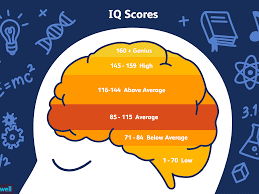 So many of the rules for the new edition are out now and there’s lots of batreps to watch. If you think about it the start is a lot like the beginning of eighth edition - all the factions have codices along with their corresponding Psychic Awakening supplements -> it’s like the indices we had to start the previous edition. Ideally everyone is on equal footing since the real power creep will begin with the first new codices released for ninth edition.

While the new rules look quite balanced historically the developers just love to break their own rules when it comes to certain codices... for example just imagine if Tau’va get access to wargear that allows certain units like suits and Riptides to fall back and still shoot. So I think until at least the first four to five new codices drop the meta will be somewhat ambiguous.

If we compare ninth edition to eighth edition versus say fourth edition to third edition the former has many changes that are much more drastic. Back when Tom Kirby ran Geedub he looked down on wargaming in general so much to the point he didn’t play any of their games... so the developers didn’t really have much accountability back then in the good ole days. One of the big requirements for the new CEO is that they are a grognard themself so the whole focus has changed with a lot of emphasis on customer feedback. Obviously this interaction is a great thing and I think it’s the main reason why ninth edition has changed so much compared to fourth edition. In many ways fourth and fifth edition were simply maintenance editions tightening up the rules a bit here and there, such nuking rhino rush.

It will be interesting to see how much the competitive tournament players can break the new edition. Already the nebulous argument regarding a 2++ save for terminators has been squashed. I really hope that the developers will be able to maintain a high level of external balance between factions as the new codices for ninth edition are released.
Posted by Terminus Est at 10:03:00 PM No comments: