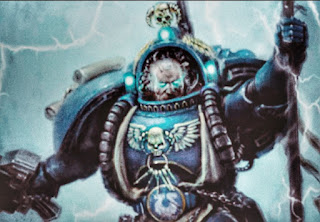 I come to you with solutions this morning providing you with some hot Psychic Tactics for Ultramarines. Currently I use Tigurius and a standard Librarian. While they are not Ahriman and company they can still be quite potent forming up to create an extremely effective Smitebomb.

I run Tigurius with the old school Librarius psychic powers typically - Might of Heroes, Null Zone and Psychic Scourge. The other Librarian typically has Empiric Channeling (EC) and Scryer’s Gaze. First cast EC on Tiggy for the psychic buffs... Tigurius now has +3 to cast and deny plus with his ability to reroll them he should be able to pull off super smites quite often. You can then follow up with a smite from the Librarian and then Psychic Scourge from Tigurius taking advantage of our native +1 leadership. Scryer’s Gaze (warp Charge 7) gets you that sweet sweet CP and is not all that difficult to cast. Seven being the average on 2d6. Your opponents won’t be denying them when you're slinging tonnes of filthy smites, melting them alive.

Pro Tip #1 - Null Zone is very reliable and quite scary for opponents... Never charge Tigurius into combat if he successfully manifests this psychic power - your opponent can interrupt combat and then destroy him since he doesn’t have an invulnerable save.

Pro Tip #2 - Psychic Fortress is a go to psychic power versus smitey factions such as Thousand Sons, granting you the ability to shrug off mortal wounds on a 4+. While we don’t have nice things like Doom or Guide I have found our psychic staples like Might of Heroes coupled with Tiggy’s Prescience ability can go a long way when you really that hard resilience for a critical unit such as Centurions.


So there you have it, Ultramarines have access to some excellent psychic prowess if you follow my advice given above. It will definitely catch some opponents off guard.
Posted by Terminus Est at 7:01:00 PM No comments: 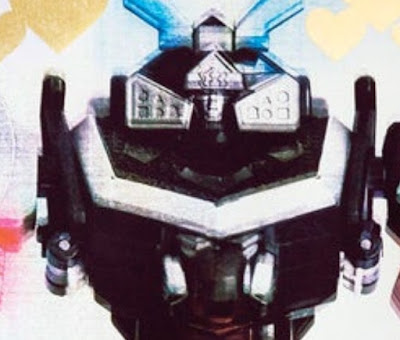 "The third Legion was excised from the annals of Imperial history but right there stands the very image of their Primarch." said Plato as they lifted ammo belts and ranged weapons from the innards of their drop pod. He looked up at the square chin and wild eyes chiseled deep into the hard granite. Tantric tattooed runes were etched all over the facsimile of a bare face and a three pronged bolt of jagged lightning split the brooding eyes.

"It is whispered they were actually the very first to fall to the ruinous Powers. Our mission is to ensure he is truly dead. These lands crawl with filth... Khorne, Nurgle, Slaanesh and Tzneetch - their followers have flocked here in search as well."

The Champion had sheathed his swords and gripped the combi melta testing the rack as he chambered a fresh magazine. ‘We shall follow that ridge into the far valley. There lies the enemy camp. Be on guard for any of their outliers. Our insertion was perfect as planned. We must not fail now."

"Will there be any reinforcements?" asked one of the two Honor Guard as he hoisted up a heavy plasma rifle.

"Don’t count on it brother and the glory shall be ours alone should we succeed." Plato answered.

"You’ve always been the optimist." replied the Honor Guard.

Plato’s smile was hidden behind the golden grill of his helmet. "Let’s move out." The Champion set a boot upon the beginning of the rocky outcrop. The slope was quite steep. Raw jewels twinkled under the softening moonlight.
Posted by Terminus Est at 6:23:00 PM No comments: