You want ITC this is how you got ITC

Hi everyone it’s Black Blow Fly here to discuss the inherent problems with the ITC 40k mission Pack and why a lot of people want change now. This is a bit long so hang in there with me.

A common problem I see in many peoples' dissatisfaction with the ITC is that the ITC is designed to provide the most balanced game between two equally talented opponents as possible - Reece and Company have tried their best to eliminate any randomness. One inherent problem with this approach is 40k is a dice game... wink wink.

Reece and his crew do not understand that tournament missions can have some randomness and be very exciting. After watching the final day of LVO finals I can say that ITC plays just like Infinity, hiding entire armies behind big pieces of line of sight blocking terrain.

There is no narrative element either, every ITC mission is really just the same and they are always a grind. They you say can completely customize your missions with secondary choices but let’s stop and realize everyone that can always takes Engineers and Recon - these are two super easy achievable goals netting eight sweet points and both favor no interaction whatsoever.

It has been proven randomness helps to create a more healthy meta with more competitive factions since hyper competitive gamers cannot simply design for one trick ponies and must adopt a more overall tactical approach to list building. There’s a reason why the meta went straight from Imperial Knights to Imperial Space Marines and ITC takeS a lot of the blame for consistent stagnancy.

Reece does not really does he have any appreciation for lore. It should also be duly noted many elements of the ITC mission pack have been directly lifted from NOVA OPEN... more of the same thing if you know what I mean.

In closing I hope that GW will start to exert control over the tournament system. GW can and did have an excellent grand tournament system that embraced the entire hobby - I’m sure they can do it again. There is a whole cottage industry built around the ITC and unfortunately it currently exhibits lots of chest thumping and a win at all cost attitude.
Posted by Terminus Est at 3:40:00 PM No comments:

Email ThisBlogThis!Share to TwitterShare to FacebookShare to Pinterest
Labels: editorial 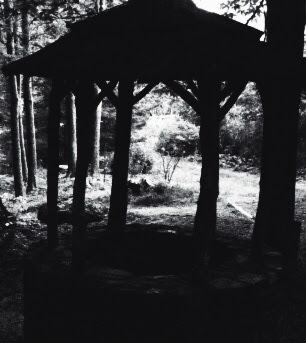 Plato lead his party up to the first peak of the mountain ridge. A dense cloud bank loomed ahead blocking off the view of the twisting path they followed. Thunder rumbled as lightning bolts struck down from above. The air was frigid and tiny specks of icy snow shimmered coating the broken rock with a thick coat of hoar frost. Carefully they stepped over the frozen debris as the top of the alien sun broke above the far horizon.

Suddenly a high pitched whistle cut the rarified air. "Look down now." Plato ordered over their encrypted vox link. Radiation runes began to chime inside their helmets. "An electromagnetic pulse has just been detonated at high altitude. The purpose is to disrupt enemy communications and their vox netscape. We are at a high enough altitude now not to be affected and our armor was perfectly tuned to a resonant frequency with the primary pulse. Our grounding straps shield us from the lower frequency content."

"How long will the interference last?" asked the Victrix Honor Guard named Sid.

"It could be more than seven Terran days before they can rein back in their networks. That should be all the time we need." Plato replied.

"Do you think we can find the child?" asked Sid.

"It’s why we are here brother." said Plato. "I pray to our Emperor every hour that she still lives and if she does then yes we will."

"Look." Sid replied. "There just ahead is a Chaos wishing well."

The search party crept up as the unholy noise from the burst filled the air. The well was so deep they could not see the bottom, loose brick littered the ground.

"It is said theses rare artefacts can grant any desire." said the first Victrix Honor Guard. "Anything."
Posted by Terminus Est at 12:13:00 AM No comments: