The Temple Guard were taller than Space Marines and wore suits of partial power armor light blue with lightning bolts etched into their chest plates. Their helmets were open faced revealing dark yellow faces, their eyes covered by mirrored visors. Some were armed with boltguns while others carried pole arms. Their forearms were bare and bulged with hard muscle. Slowly they encompassed Paragon holding their weapons slightly lowered. The old man stood beside him looking upon into his hidden eyes. "They are Thunder Warriors, the predecessors of Space Marines. The Emperor had the rest of their kind eliminated once had he finished creating his Legions. This temple is their last stronghold and they all faithfully answer to me."

Paragon said nothing silently taking in his immediate surroundings. The assassin had holstered his machine pistols. The Temple Guard stared back silent as well.

"So you have finally returned to the place of your origin. You chose such a prodigious day. I welcome you back my son." The sensei bowed at the waist with open arms. "We have much to talk about and I'm sure you have many questions. All will be answered in time. I want you to know it was I who created you and I still consider you our greatest achievement. Your DNA is a combination cast from all other types of assassin with additional special encoding. Unfortunately the technology used to create you has been lost. You are truly one of a kind and I sense you have been further enhanced. Come with me and I will personally show you our temple."

Paragon lifted his heavy duffle bag slinging the strap over his shoulder again. "Lead the way master."
Posted by Terminus Est at 12:38:00 AM No comments: 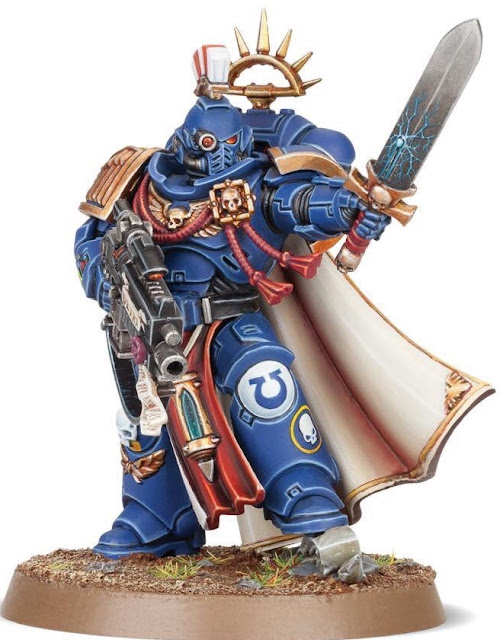 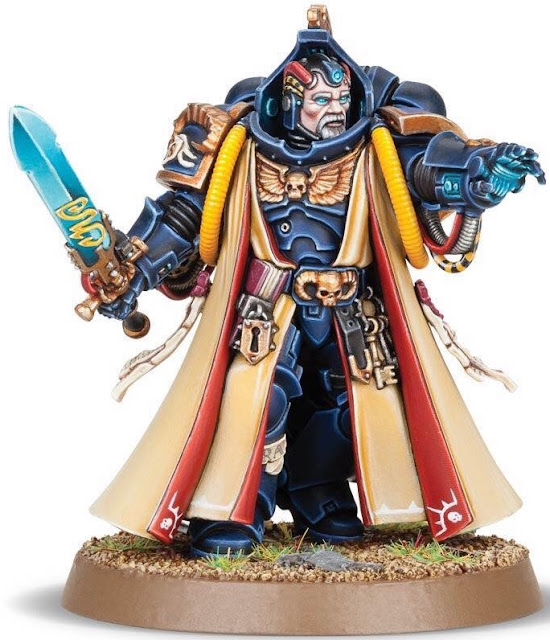 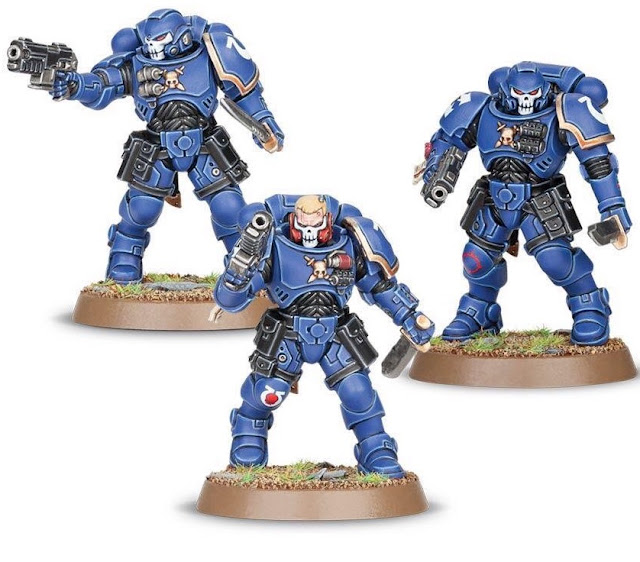 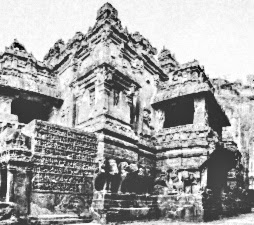 "This is a time of celebration." said the old man to the group of small children. They looked at his wrinkled face and laughed at him then ran away. "Children." he muttered to himself.

"They aren't children old man." said a stranger from behind him. The voice startled him for a moment then he turned around from his sitting position. The stranger was a tall slim man garbed in tight black leather with two rows of silver buttons cresting the trench coat. Each button had been fashioned in the shape of the double headed Aquila. The stranger wore a pair of slim mirrored googles hiding his eyes. His hair was shaved down to silvery stubble and a series of deep lines cut into his face framing his slight smile. "But yes you're right today is a celebration that only comes once each millennium to give glory to this temple."

"A pilgrim on a long journey, this is the final terminus." He carried a heavy black mesh duffle bag with the chain strap across his broad chest. He drew a lho stick and lit it then handed it to the old man.

"Thanks." said the old man. "That was unexpected." He smiled as he pulled in a deep drag exposing his long crooked teeth. The group of children had returned and they all silently watched them. "If they aren't what you say then what are they?" He blew a ring of smoke that glided slowly towards the children.

"Daemons." said the stranger as he dropped the duffel bag and opened the top of his coat. Rubber pistol grips bulged out from under his arm pits. The children laughed again as they began to morph. Their arms terminated into claws and their skin grew purple. They were only a few feet away then the machine pistols began to fire. Paragon stepped in front of the old man spraying the daemons with a gout of silver coated bullets. Each shot struck one dead between the eyes exploding their brain pans. "Run." he said as he reversed the pistol grips. A pair of fractal edged silver blades ejected from the guns. Springing back with a quick flip the assassin struck out decapitating a the two closest daemons.

Paragon put his back to the wall of the temple to prevent them from surrounding him. The pistols flipped back as he fired them again at point blank range clearing out a tight space between him and the daemons. Their claws snipped at his face as he blocked them away. Their number was rapidly dwindling. Throwing out his elbows bashing their skulls he thrust out breaking through their diminished line. Again he reversed his pistols raking them with the silver daggers. The daemons flinched as the pair of blades cut into them. The last few broke then evaporated leaving only a cloying scent behind in their wake.

Temple Guard had come out surrounding the immediate area. 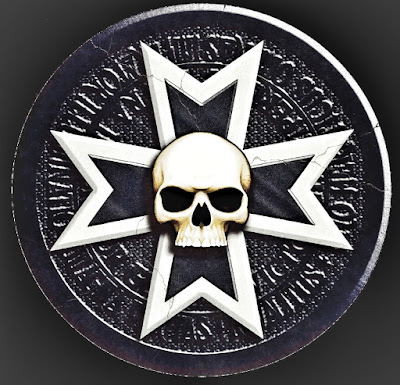 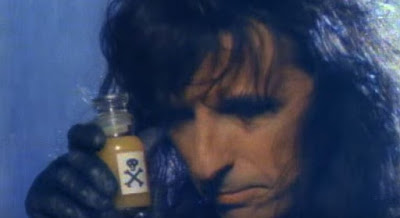 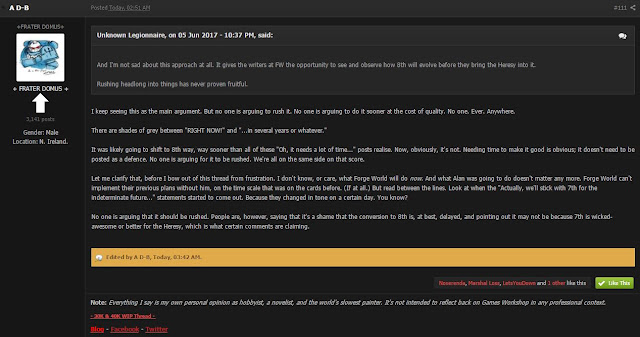 Is there a way to roll more 6+ fairly ? The answer is yes there is. The answer is counter intuitive to many though... straight (precision) edge dice are considered to roll more consistently compared to rounded edge dice since they don't tumble as much when you roll them but in fact the latter type can actually produce more natural rolls of 6 - here's why.

Casinos use straight edge dice because they roll the most consistently... there should be an equal chance any face (1, 2, 3, 4, 5 or 6) will land up as the final result. Of course casinos require that you actually roll the dice and they must hit the back of the craps table... so if you think about it this is not as easy to do on a table top for wargaming. Some people use smaller dice such as Koplow and a dice box but still it's not the same.

Rounded edge dice are more economical to produce due to the manufacturing technology since they are tumbled to smooth the edges which in turn rounds them as a result. The end effect is that these dice roll more as opposed to straight edge dice. The more back spin used to roll these dice results in even more rolling. If you look at the asymptotic curve shown above it shows the distribution of the face landing up as more spin is applied. Of course it's not possible to apply an infinite amount of spin but there is the practical end result - the face that lands up tends to be a 6 as more spin is applied to the roll. This is because the face of 1 naturally has more weight (remember that true casino dice apply lacquered pips to even the overall weight on each face).

Is This Technique Paramount to Cheating ?
The answer to this question really depends on who you ask. Some people don't even realize the applied science but just come upon it naturally. It's surely not the same thing as deliberately using weighted dice but then again some will say if it's intentional then it's obviously cheating. So it's okay if someone does it without realizing why but not okay if they do ? If you read the rules for any war game there's really not much detail provided how to actually roll dice. Rounded edge dice are much cheaper to buy too so there's that as well.