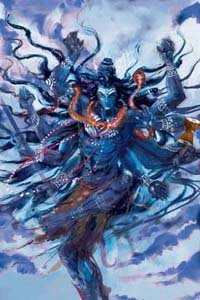 With 6th edition right around the corner it can be hard to get motivated writing analytical articles... We know things are going to change but that's all we really know right now. There has been lots of speculation about what 6th edition will usher into the game and I think a lot of the rumors are just that. This current environment creates a challenge to write a relevant tactical article so I racked my brain to come up with a good topic I hope will be helpful. Often I talk about deployment and the movement phase - to me these are the most important aspects of the game and I don't think that is going to change heading into the new edition. In fact I'd go so far as to say they will become even more relevant.

A good observation I often hear about 5th edition is that the rulebook overall is fine but the imbalance between codices is the main problem. Can GW solve this dilemma with 6th edition? Some are already saying that going right into the new edition there will still be a wide rift. Based upon the rumors we've seen I don't think anybody besides GW as yet has had the opportunity to sit down with the new rulebook and fully absorb it. What we see now is just speculation for the most part and I don't want to write about what might be then doesn't come to pass into fruitition. So if you bare with me then I will cover the movement phase of 40k from 3rd edition through 5th edition. It is a historical article and I think there is a lot of good things that come from reflecting upon the past with the desire to use this knowledge to grow and broaden our horizon as competitive players for the future. In many ways I equate this type of thinking to meditation.

Introduction
As I said the primary intent of the article is to reflect upon the movement phase. I will also touch upon other subjects related to the movement phase as well. I started playing 40k at the beginning of 3rd edition so I'll cover this up through 5th edition.


Third Edition Movement
This was the time for me when I first started to learn the game and it was a painful process. The vast majority of people I first played wanted to club the new baby seal. I clearly remember the person whom introduced me to the game... After our first game the most information I could get from him was either a yes or no in regards to my questions about the rules. I still remember I only won two games the first six months I played. I stuck with it though and kept reading the rulebook over and over again. 3rd edition seemed like an eternity to me as I slowly progressed from a complete n00b to a semi competent player. Lots of times I'd lose the game in the last turn to what felt to me like cheap wins for my opponents because they knew some rule I was not yet familiar with at the time. About the same time I started to really understand the game I moved from a small town in the northwest to a much more densely populated area back on the east coast... In a way it was almost like having to start all over as I became exposed to many more armies. At this time the Internet was not what it is today so you literally had to learn the game at the tables... no cookie cutter spammy meta lists back in the day.

3rd edition was all about victory points. Some players focused on building victory point denial armies and interestingly enough MSU (Many Small Units) was around and very competitive... Especially so for Space Marine armies. You had to completely destroy an enemy unit to score full victory points from it and over the course of the game it could be a real challenge to destroy enough of the opponent's army to take away a sizable chunk of victory points for the win. It was then I learned the concept of focused fire - focus on killing one enemy unit first before targeting the next one. Static gun line armies were very popular - you could sit back and roll dice all game simply to shoot along with a couple of dedicated counter assault units. On the flip side though 3rd edition featured the old rhino rush tactic... Any unit could assault out of a moving transport whether it was closed top or open topped. Blood Angels, Black Templars and Space Wolves were all very strong at rhino rush and it was easy to win. On top of that you could shoot one enemy unit and then assault another the same turn. As strong as rhino rush was I still think static gun line armies were overall more powerful in 3rd edition.

Therefore movement was not as important for the static gun line armies. Jump infantry and bikes were seldom seen since you could assault out of most any moving transport. 5th edition has re-introduced objectives and is a major shift away from victory points. No longer can you sit back and shoot all game. It's very important to first target key enemy transports to prevent your opponent from moving their scoring units into key positions.

One very powerful army that was very strong in the movement phase was the Orks Speed Freakz, an army introduced in codex Armageddon along with Black Templars. At the time Speed Freakz had lots of special rules for movement and their transports which gave them significant advantages versus other armies. The trick to beating Speed Freakz was focused fire on their transports... Destroy all their Trukkz and they quickly withered.

Version 3.5 & 4th Edition Movement
Something very interesting occurred at the end of 3rd edition... GW released a set of primer rules commonly referred to as version 3.5 to help players make the transition into 4th edition. This was very helpful for everyone and I wish GW would still do so - oh well. Prior to the release of version 3.5 GW also released a new set of rules for vehicles in a White Dwarf article explaining in much more detail how transports work. No longer for example could Devastators fire out of their razorbacks. This was huge and nerfed some of the stronger assault based armies such as eldar (e.g., Banshees) as you had to disembark from specific points along the transport hull... Eldar transports have their exit points in the rear so they lost valuable distance which hindered their assault range without exposing the rear armor of the vehicle.

The move from 3rd edition to 4th edition was basically a refinement of the game. To me the biggest change was you could no longer assault out of moving closed topped vehicles without an assault ramp. Also embarked units caught inside a destroyed transport were pinned for the next turn (Entanglement). Transports became burning metal bawkes of death and were immediately eschewed by competitive players. Again the game was still based mainly upon victory points so static gun line armies grew even more powerful... Roll lots of dice to shoot and don't move unless absolutely necessary. Two armies though that got around this were Necrons (Veil of Darkness plus teleporting robots through Monoliths and Destroyers) and the Space Wolf 13th Company which could also use a rule very similar to the Veil of Darkness, raging Wulfen, large packs of Fenrisian wolves that moved like calvary and the introduction of scouting bikers.

I started to play Blood Angels at this time as a challenge to myself because it was then said they had become defunct with the loss of rhino rush... No more first turn assaults pounding on an enemy landraider with a S9 power fist. I adopted the use of jump infantry coupled with drop pods... I played hundreds of games with this army over the course of 4th edition and only lost four games - I remember every one of those losses as well which included dark eldar, Speed Freakz and the ever ubiquitous eldar.

Armies I played in 4th edition such as Blood Angels and the 13th Company were very strong in the movement phase with no real reliance on transports. Drop pods as a model were introduced in the 4th edition Space Marine codex and dominated the game for awhile until players finally figured out how to effectively counter them.

A very strong mobile army that relied upon transports in 4th edition was eldar with their unkillable Falcons. It was kind of crazy to say the least and to me was on the same scale currently as Grey Knights in terms of completely utter brokenness. Of course eldar took a big hit from the nerf bat in 5th edition - GW gives then takes it back again eventually. Probably one day if Mat Ward can hang around long enough he will be writing genuflecting articles for White Dwarf while the new kids on the block reinvent the game... With his crazy retconned fluff I don't see him writing any novels for the Black Library. ;-)

5th Edition Movement
5th edition as opposed to 4th edition was a major overhaul of the game - most everyone who now plays should obviously be very familiar with this edition. Cheap lightly armored transports are tough to destroy with ample cover across the table. MSU came back again with an utter vengeance Hell bent for black leather !! There's not much to say at this point because we are all familiar - anyone wanting to get into the game should just wait a couple weeks. Of course movement is very important now to take or contest objectives plus the Run was introduced which speeds up all infantry based units... You've got to have some mobility to be competitive - thats just the way it is at this point in time.


Conclusion
I think that movement will be even more important in 6th edition (e.g., fliers) and that's very exciting for me. We shall see what we see... It's proverbial.
Posted by Terminus Est at 10:49:00 PM