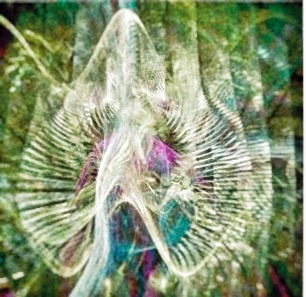 McGregor lead the way. They first passed by the remains of the dead Avatar torn apart limb from limb by the Templar. Most of the ship looked intact but there was no eldar anywhere to be seen. The hallway came to an end and split into a junction of three paths. McGregor chose the middle way. Glow globes embedded in the walls lit their way. Quickly the pair made their way forward cautiously moving at half march. McGregor had reactivated both his combi weapon and power fist. A double headed Aquila had been etched into the outer surface of the power fist and one of the heads had been chipped off showing bare adamantium armor underneath the voided symbol. Paragon carried both his needle pistol and power sword at his sides. The assassin had replaced his skull mask with the oblique lenses in place. The body glove still shimmered under the dim light devoid of any Imperial marks or means of identification.

The path finally came to an abrupt end leading into a bridge. The bodies of dead eldar lay about, some still sitting while others were strewn prone across the floor. "The psychic backlash following the destruction of their Infinity Circuit must have been too much for their feeble minds. I felt it too while fighting their daemon. No pity." said McGregor as he flattened an eldar skull with his left boot defiling their dead. "It gave me an edge versus that ancient monstrosity for even it too was momentarily adversely affected."

An alien beacon began to chirp. "The White Scars have made translation into the sector. I reckon they'll begin boarding actions soon enough." said the Perpetual.

"It is close by but seems to be locked." replied McGregor. "You can see its etheric shrouding over there." He pointed to a dark spot over in a corner of the bridge. "We will just have to make the best of it if we can't access ingress to the portal. I reckon we have no more than 10 minutes before they launch their assault pods. The best course of action is to remain hidden and try to counter board their battle barge.

"I've been thinking about this possibility and our alternatives. As a Perpetual I can transfer this state of being to mortals... a transformation if you will."
Posted by Terminus Est at 1:35:00 AM