Tyranids at local tourney today - the results are in 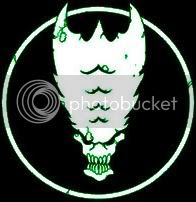 I had the opportunity to play in a local 1850 point tourney today with my reserved Tyranid army:

* denotes units that have Synaspe & Shadows in the Warp


So that's my 1850 point list and I love it. I'm going to report on my games then discuss a few reasons why this army works for me. My three opponents were playing Grey Knights, Imperial Guard and Space Wolves. These are the three top tier armies. My first game was unfortunately versus a good friend whom I often playtest my Tyranids versus his Grey Knights and he knows my army and how it works inside out... Bad luck I had to play my buddy in the first round. It was a very close game and I would have won if the game had ended after the sixth turn - I still had a shot for the win in the seventh turn and ended up losing on the tie breaker. My dice were horrid this game but I focused on using Null Deployment while wiping out most of the Grey Knight army. My strategy was simple - focus on killing the troops that weren't Paladin deathstar which I succeeded in doing. The second game was versus a mechanized IG army and I won that game with a strong finish... Lots of mech rolling around on the battlefield for sure. The IG army had a cool theme and had a number of units that are quite good versus Tyranids. The third game was versus a mechanized SW army and I won that game as well taking all three objectives (Capture & Control, Killpoint & Seize Ground). So I ended up in the top three again—my track record continues to place with one 1st place and two third place finishes. Today I was edged out of second place by one battlepoint by the other Grey Knight army.

I have been receiving some pushback on the Internet in regard to my army list. It's kind of funny and also kind of irritating at the same time. Most of the negative comments come from people who were unsuccessful with their own Tyranid armies so I understand why they are so negative... It seems they don't want to see someone else succeed where they themselves fell short. You can see quite a few of these type of negative comments in my latest Tyranid article over on BoLS:

As I've said before horde Nid armies that start the game deployed on the table fielding lots of Tervigons and gants cannot run with the big boys. My first tournament this year I witnessed another Tyranid player with a Tervigon heavy army utterly trashed in the last round on the top table versus a Space Wolves army featuring two Rune Priests, both with JotWW.

In terms of how my Tyranid army performs versus other armies I currently play such as Grey Knights I find my Tyranids play just about as powerful... It's not like I'm just barely managing to squeak out the wins. My two losses this year in tourney play were versus Grey Knights as mentioned above and another Tyranid army... The loss against the other Tyranid army (which was also reserved) simply came down to who had the better rolls for reserves. Honestly you don't see a lot of Tyranid armies these days so I'm not worried about those types of matchups.

My wins have come against Grey Knights, Imperial Guard, Space Marines and Space Wolves - all which featured heavily mechanized armies. Some of my pundits have questioned my ability to kill mech at range but obviously I can do that quite well and have. Yesterday in the final round versus Space Wolves my Yrmgal genestealers destroyed three vehicles and immobilized another the turn they arrived from reserve... By the end of the game I had destroyed all his armor except for one Predator. The spores (S6 shooting) are decent at popping AV10-11 and my Flyrant is very good versus AV10-11 with his ranged S6 shooting attacks. The Trygon Prime (12 shots at S5) is good at glancing AV10-11. I've also got the two Zoies that can pop anything with their warp lance. Once you've stunned a vehicle it's easy to destroy them in assault which can happen the same turn you shot them. If I'm in a pinch I can fire the Warriors' deathspitters (S5) though due to the relatively low rate of fire coupled with BS3 is not all that reliable.

So in closing I am still very enthused regarding the performance of my army and will continue to play them.
Posted by Terminus Est at 12:11:00 PM