You and your friends can do whatever you want when you play a game and that's one of the great things about friendly games. This is the only time I can play my Horus Heresy armies. To be honest I prefer a game with a friend to tournaments. Tournaments let you play several games in a day plus you can test your list versus the meta. If you can't agree to the conditions for a friendly game you won't be playing many. The same holds true for running a tournament - the system must accommodate the majority of the players who'll attend otherwise it will only be a few people at best.

So now GW has released two new books with rules for 40k - Escalation and Stronghold - just in time for the holiday season. These both look like they fit into an Apocalypse environment versus what I'll refer to as standard 40k. I have played my share of Apocalypse over the years... It can be a great time if it's well organized. These games tend to only go four turns at most because it takes a long time to play. An organized game or one day campaign often has timed turns because they involve several people on both sides and it really helps to facilitate the game.

I used to play some big games before Apocalypse was released—we would spend a lot of time developing the rules for the missions to make sure they ran smoothly and make sure that we'd all to bring our SH. There'd always be some special rules to make it more interesting too. It took a lot of time and planning—in many ways this was half the fun and I always looked forward to these games. The rules for Apocalypse make it a lot easier to play big games and campaigns.

The Escalation book allows you to field Super Heavies (SH). My experience is SH work best for games that are 5000 points and above. I have a Baneblade for my Blood Angels army... It's one of those models I might get to use once a year if I'm lucky. I also own a Thunderhawk—same thing. The Stronghold book has new rules for fortifications. It seems a lot easier to play a game versus just one other person since the points for SH have been significantly reduced with these new rules. It's a lot of information to absorb all at once and I wish GW would have spent more time preparing their market for this inception... There is a lot of chaos going on right now as a result. It just seems like they could have done a much better job with the release.

So the big debate is should these new rules be allowed in competitive play at tournaments. As a TO for a mid sized GT and frequent RTTs I'm not comfortable. Maybe in time they will become universally accepted. If these rules come into play it will drastically change the game. Ask yourself if you are okay with the use of the new rules for D weapons... They can make one unit go away with the drop of one pie plate—no cover save, no invulnerable save... If your opponent rolls a 2+ on 1d6 then kiss it good bye. There are some ways to mitigate D weapons to an extent with the new rules which involves fielding other pricy units from these new books.

Based upon my experience I think SH and D weapons are best left for big games where both sides have ample access to the big toys. I could be wrong though... Double FOC was initially received with the same reaction but it seems most players accept it now. We will just have to see what unfolds over the next few months.

To me the most unfortunate thing is seeing some people using this situation as a means to introduce changes to the core rules of standard 40k, such as calling for the ban of allies. You change one thing or take it away and I can guarantee you there will be more changes to the core rules... It's all or nothing and I'm not a big fan of house rules... Take it or leave it be. 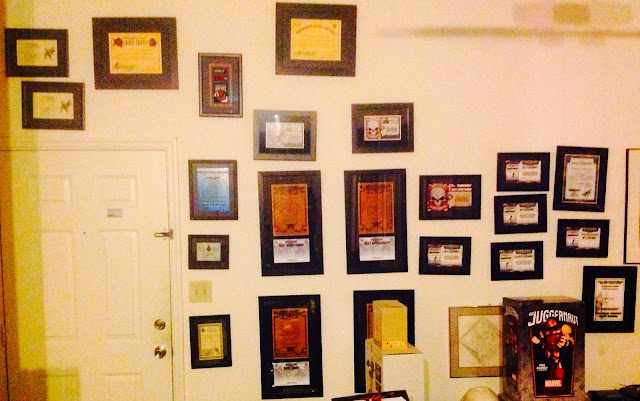