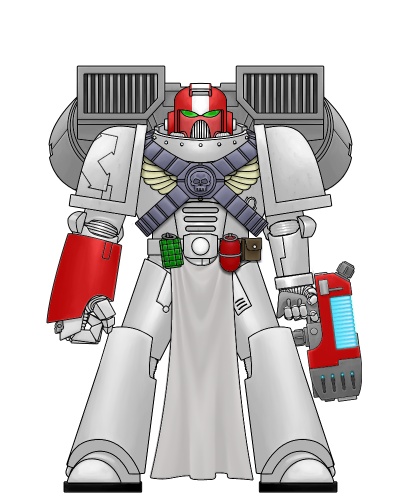 So Space Marines finally have their own psychic powers... I have discussed these new psychic powers including an introduction and provided some tips on how to best use them. Some people are really upset about them but after having finally read them my conclusion is the really good ones are spread across the four new lores - Librarius, Fulmination, Technomancy and Geokinesis so even with three Librarians in a conclave you might at best only roll up one of the really good ones, some of which are very situational. I would never take more than three because after this amount you lose efficiency and start wasting points. The main purpose of the conclave is to enhance other units in your army, not to be your army's lynchpin unit.

The best new psychic powers let you move a piece of terrain up to 24", switch positions between two squads (including a squad locked in close combat), shoot while ignoring line of sight, and re roll saves. These psychic powers will definitely shake up the current meta bringing back the assault phase back which is a problem for Tau and eldar players whom like to play the shoot and hide game - and that's a good thing in my opinion if these new psychic powers are given a chance and not immediately nerfed automatically by tournament organizers. My gauge on the overall reaction across the Internet is close to mine... No the sky is not falling.

Eldar have their own psychic lore which includes Fortune that lets them re roll saves - nothing new there and it's been a staple for jetseer council for a long long time. Tau have units which can shoot at a high rate of fire power while ignoring line of sight without having to use any psychic powers so nothing new there either. Maybe they don't like it when another army has access to the same abilities but this kind of thing happens all the time. If they don't have any qualms using these abilities why should anyone else ? Think about it.

Chaos Space Marines used to have Lash of Submission which was similar to the new Geokinesis psychic power that lets you move terrain. Sure it was very popular but there was never a movement to ban it's use - back then players learned how to deal with it. So while I'm not going to deny some of the new psychic powers are really good I just don't see them as game breaking like some say and I'll even go so far as to say it could actually be a good thing since it'll help deal with those annoying units like Warp Spiders and Windrider jetbikes.

In conclusion my opinion is Telepathy and Santic Daemonology are still your go to psychic powers for Death Stars closely followed by Biomancy and Divination. I will add Geokinesis to the list now but like I said above its all random and some of the new psychic powers are very situational such as Null Zone which is a malediction that debuffs the targeted enemy unit's invulnerable saves. You can bet that opposing players will save their warp charge to dispel this one too which is not all that hard to do with a conclave and Admantium Will.
Posted by Terminus Est at 3:11:00 AM