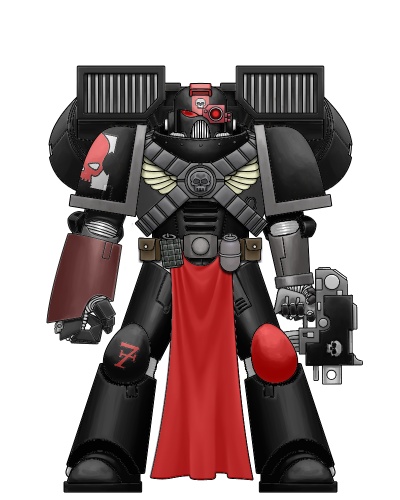 My last article covered the most powerful new psychic powers and which lores from which best to select them. This article demonstrates how to optimally use them for your Death Stars. My advice is don't rely upon them to buff sub optimal units such as terminators as they are still sub tier even with the new super buffs.

Libarius Conclave is your go to formation since you'll be able to roll for the most psychic powers and very reliably cast them too. The good news is Super Friends are even better now. I know there is still some hate out there but seriously with Tau and the very OP eldar it's not a big deal at all. 40k has never been more broke and that's the name of the game... Always has been. If you can't take the heat get out of the kitchen. There's lots of cry babies that play 40k... You always have options and nobody is forcing you to play the game.

BUFFING WULFEN
The new Wulfen can greatly benefit from these new psychic powers since you can cast them on friendly units. Put them in a big piece of gnarly terrain then launch it 24" right up into your opponent's grill... And yes they can assault out from the terrain the same turn - of course that's the best part. This is absolute proof GW is really bringing back the assault phase in a big way. If you can combo this with Endurance and Invisibility it's even better.

Remember how at first when the new Centurions were released nobody really knew how to fully utilize them then Khaldor Draigo came along... Same thing here with Wulfen - they just got a lot better now. It's never been easier to make a unit more unkillable while simultaneously juicing up its killability.

BUFFING SUPER FRIENDS
I'm very excited to test the new psychic powers on my Super Friends army for the extra über buffage. The army already is fast enough as is and the ability to re roll all saves for your Death Star will take them right over the very top. I see this as being a major problem for Tau - they have been relegated to sitting duck status... Heh ! Remember you can move line of sight blocking terrain to shut the dirty xenos down too. It's like I said above - completely unkillable with even more killability. The correct combination of old school Biomancy and Telepathy lores with the new ones will yield the best overall results. Ravenwing will greatly benefit since you can give them re rollable invulnerable saves... Yeah Tau are not going to like this at all.

You'll want to start with your conclave first roll on either Endurance or Telepathy... I personally prefer Telepathy since I don't run a lot of multi wound models in my units. I would next roll on Santic for Hammerhand and Sanctuary. Your last lore is from the new ones... I'd go for the re roll saves since my army is way fast. Basically you'll have to figure out yourself what's the best combination for your own army.

CONCLUSION
The new psychic powers will help some armies more than others. A lot of people are already overreacting. Eldar have had their own psychic powers for a long long time - it's not a big deal. Units that were already good will get even better now.
Posted by Terminus Est at 10:04:00 PM