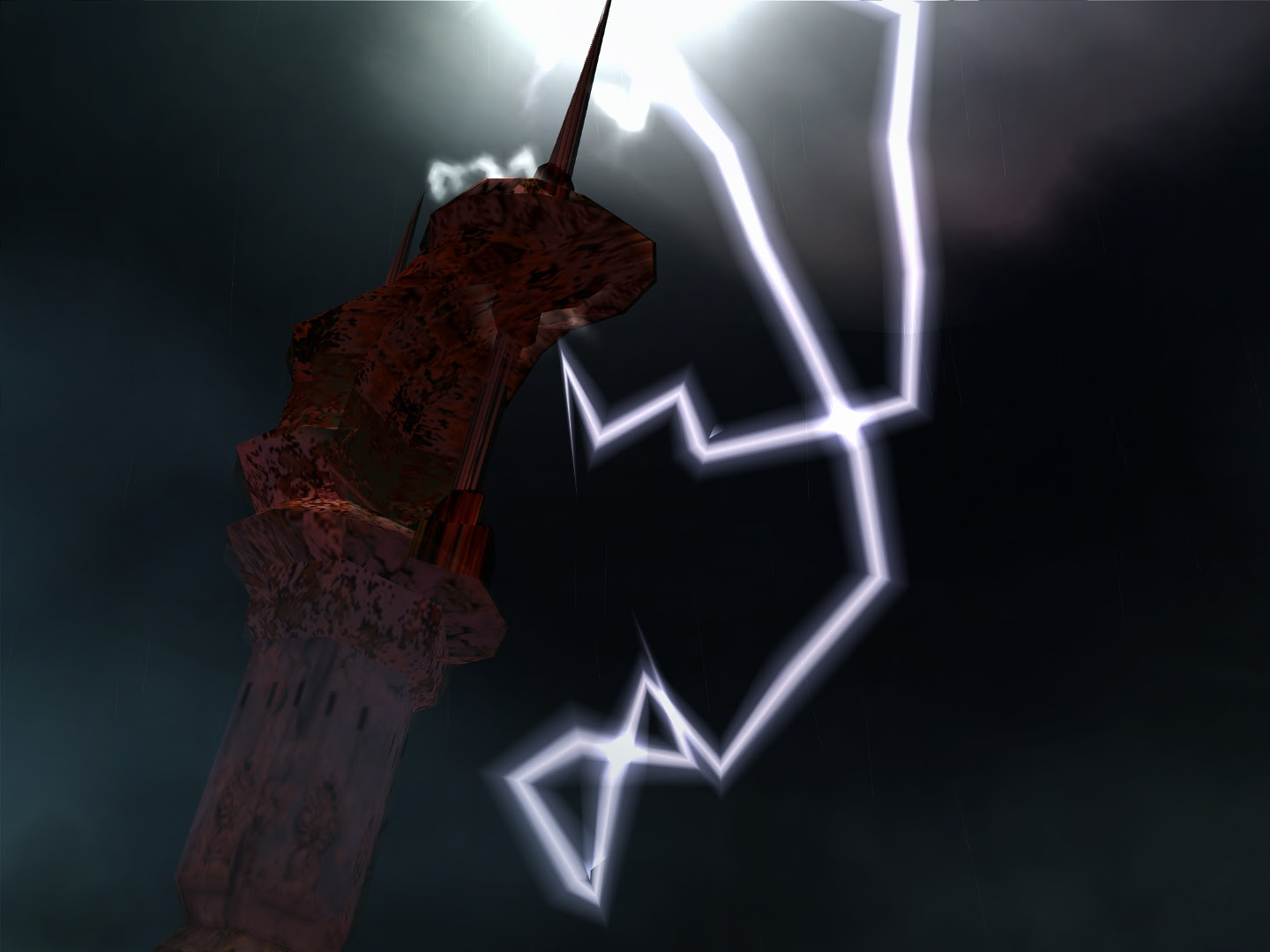 Turn 5 - Speed Freaks
Jon finally decides to make his move. The Warbikes turbo boost right up in front of my BikeStar (2++ jink save) and all the trukkz surge up. Again a few potshots from the last couple Lootas for no wounds.

Turn 5 - BikeStar
Well I've got my work cut out for me now. I decide to take the warbikes head on with my BikeStar and use the rest of my army to wall off his trukkz so it will be hard for them to join in the coming mosh pit of death. BikeStar moves up and spreads out for the charge. Grey Hunters flank to the right while two biker squads flank to my left.

My Librarian successfully casts Fire Shield which potentially could be huge. I then cast the Primaris (heavy Flamer equivalent) and actually manage to toast a couple Warbikes (ignore cover - template).

Chapter Master then calls down his orbital bombardment - it scatters a couple inches - nukes three more warbikes and pops one trukk. Grey Hunters melta down another Trukk and the ensuing explosion takes out half the squad and they break. Bikers focus fire on more Trukkz - popping another (more dead Boyz but they pass their check) and immobilize then wreck another with grav.

BikeStar then charges into the Warbikes - after the smoke clears I win combat by a good number of wounds punking out most of the remaining Warbikes and landing a few wounds on some of the Ork characters while only taking one wound on the Chapter Master... My saves and FNP were on fire... Wulfenstone also was a big help. The Warbikes stick though and I decide not to hit and run out of combat.

We roll to see if there is a 6th turn and it's on like Donkey Kong ! The Orks will get their counter assault.


Turn 6 - Speed Freaks
Here comes the pain ! The remaining Trukkz move into assault range and out piles all those Boyz... I really hate power klaws !!! :( This could really hurt. My Grey Hunters are in terrain and close to the Librarian - remember that Fire Shield is up. Two bike squads are also in charge range too but also sitting in cover. Not much shooting this turn as the Speed Freaks are eager to punch me in the face and lots of other nasty things. Some of the Boyz bite it due to Fire Shield (causes dangerous terrain check) but the Eavy armor helps them out. Both of the biker squads are breached but Overwatch drops a few more Boyz and the Orks fail to reach my Grey Hunters. I get off fairly light as both biker squads manage to survive but unfortunately neither manage to hit and run out of combat. BikerStar really puts a hurting on the last of the Warbikes snuffing them out along with the Pain Boy - again my saves are red hot and BikeStar successfully hits and runs out of combat. It's a thin line but things definitely could have turned out a lot worse.

Turn 6 - BikeStar
This will be the last turn as time is winding down. I move into position to contest Line Breaker and we add up the points... I win by a very slight margin of 2 victory points - it was that close.

This puts me at 3W - 2L going into the final round and I'm still up there in the upper bracket... One more win and I can make the top 5 plus should the award for best Space Marine player which a lot of people there want to walk away with at the end of the day.

- POST GAME ANALYSIS -
I knew it would be a tight game and really it all came down to my Chapter Master and Wolf Lord tanking a phenomenal number of saves in the latter part of the game. I was able to thin out the Boyz enough before they finally got stuck to even out the odds for the bikers.

I think Jon's Speed Freaks list is one of the more competitive builds I've seen for Orks in 7th edition so far. The Forge World War Boss definitely brings a lot to the table. Jon ended up ranked fifth so he did very well overall. I think his one mistake was waiting too long to make his move but I know that the BikeStar can be a bit intimidating.

Pyromancy is definitely the go to psychic lore versus Orks as practically all the spells are Warp Charge 1 to cast - the Primaris and Fire Shield are both strong versus horde. I really love the Grey Hunter pack and most every game they performed well.
Posted by Terminus Est at 7:15:00 PM