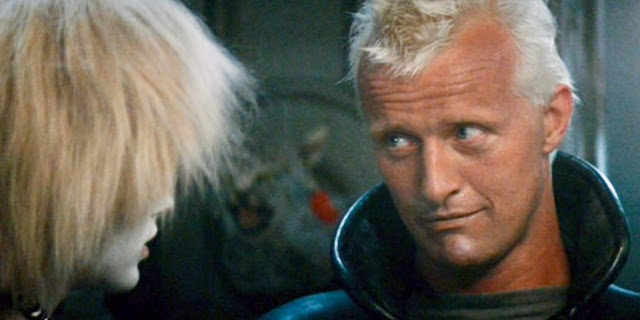 If you haven’t seen the movie but plan to do so then STOP here. Also if you haven’t seen the original I highly recommend you watch it first. There is also the novel by the giant Philip K Dick that sheds even more insight into this dark tale if you want more background which I recommend as well. Dick wrote other epic sci-fi novels such as Man in the High Castle and Total Recall which both crossed over well into the film medium. I’ve read practically everything he wrote and consider him one of the greatest sci-fi writers ever.

The Good
I had read some reviews prior to watching the new movie this past weekend. It’s rated 98 on Rotten Tomatoes which is about as good as it gets over there and some critics proclaim it’s even better... I wouldn’t go that far though. It is roght on par with the original movie and greatly progresses the story line. While cinematography and CGI has a come a long way since the 1980s its the script and acting that carries the movie. The basic question posed by these films is "What is it to be human?".

The novel and films revolve around replicants whom are manufactured as super humans to serve mankind as slaves. You might want to ask yourself is this practice okay. On first glance of course the answer is no but it turns out replicants were originally devoid of any basic empathy which in turn means they are literally no better than serial killers and not to be trusted. Other replicants are eventually introduced such as Rachael from the first movie that appear to be empathic which in and of itself serves as a twist.

The LAPD has a number of specially trained tactical agents whom are tasked with hunting down rogue replicants and terminating them since they pose great risk to normal humans exposed to them. The main character in the first is Dekkard, portrayed by Harrison Ford, who is one of these agents whom are often referred to as Blade Runners. The main character in the second movie is K, portrayed by Ryan Gosling, and is also a replicant as well. There was much discussion following the first movie that asked the question is Dekkard also a replicant. Dekkard never demonstrated their super human strength but several times took a beating from known replicants such as the antagonist, Roy Batty portrayed by Rutger Hauer from the first movie, which would have surely snuffed a normal human... this query goes unanswered in my opinion. It should be noted that both Dekkard and K demonstrate empathy as well.

Dekkard eventually meets Rachael in the first movie whom is a very special replicant. The original replicants were designed with a fixed life span which served as a fail safe should any go rogue. Rachael however did not have a fixed life span and Dekkard fell in love with her which dramatically changed his life presumably for the better.

Towards the end of the first movie Dekkard finally succeeds in terminating four of the five rogue replicants returned to earth and has an epic showdown with Roy Batty. Batty gets the best of Dekkard but then ends up saving his life just prior to his own timed death which demonstrates he was actually capable of learning empathy, appreciating life for another.

The second movie revolves around K whom is tasked with terminating the child of Dekkard and Rachael... turns out the LAPD wants to cover it all up. There are other forces at play as well such as the neo corporation that now manufactures ’more stable’ replicants and a subversive group of existing replicants in hiding with their own secret agenda. Both of the latter groups want the child for their own means. K turns out to be one heck of a guy playing these forces against each other.

The Bad
To me the new movie is a HUGE success but didn’t do quite as well in terms of sales this opening weekend as originally projected which is a shame since this is what the nay sayers will continue to harp on as they are so wont to do (pennywise). I chalk that down to what current movie goers are looking for nowadays - giant robots, lots of explosions and sweaty boobies... heh. I didn’t think Hollywood could produce a sequel on this level and it’s sad to think it’ll go unappreciated by many. Well Thor and the Justice League are right around the proverbial corner so it’ll be back on track with the same ole same old soon enough so don’t sweat it if Blade Runner 2049 doesn’t quite float your boat. Blade Runner 2049 it turns out is a diamond in the rough so to speak.

The Ugly
There isn’t any really in my opinion. The new movie was everything I wanted plus even more. I don’t know if there’ll be a third movie, I’m just very thankful for this one.