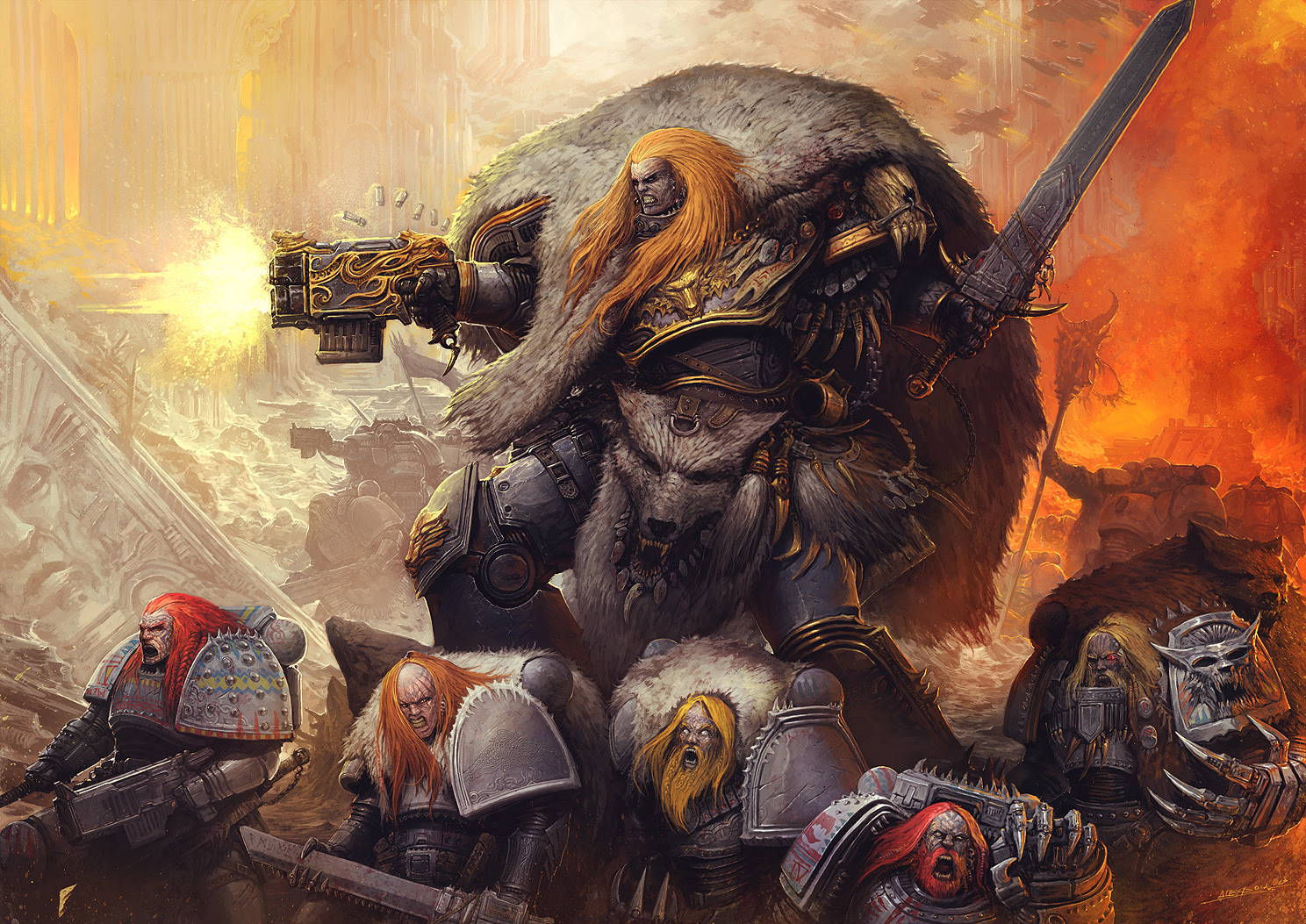 This was a 2250 point game using double FOC and allies. This was my first game versus Imperial Knights. I didn't want to specifically tailor my list to face them so this was a good test match to see if my existing list had enough of the right tools. You can take a look at my army list below and predict whether or not it can get the job done. I'm still working on my biker command squad (WIP) so my army list will eventually change to incorporate them.

Khan, the Chapter Master, Wolf Lord and Rune Priest all attach to one bike squad to form the deathstar.


Here is my opponent's army list to the best of my memory:


Here is the mission:

Primary:
Big Guns Never Tire (5 objectives)
Each marker is worth one victory point. Three objectives were placed evenly across the center of the table and two were placed in my opponent's deployment zone. Note that I wanted to play it such that the Stormravens can't hold objectives while my opponent wanted to play it the other way... Let's see if it could have changed the final outcome.

Secondary:
The Relic
The Relic is worth three victory points.

Win Condition:
Whomever accumulates the most victory points wins.

No Night Fight on first turn.

My opponent won the roll and chose to go second. It's always good to go second in objective based missions but on the other hand I'll need the jink saves for my bikers so I don't have to eat multiple pie plates to the face right off the bat !

My Deployment
I deployed my deathstar 12" up right in the center of the table.

The three remaining bike squads will all outflank. The Stormraven and drop pods are held in reserve.

Opponent's Deployment
My opponent broke all of his Marines into combat squads. One tactical squad would join the Librarian and man the Icarus lascannon while the other combat squad embarked into the Stormraven. The other two tactical combat squads were deployed to his left behind one of the Knights. His two flyers are held in reserve.

Scout Moves
I scout the deathstar 12" straight towards my opponent entering a multi level ruin, hiding the Khan and Rune Priest behind a wall.

My opponent rolled and seized the initiative then graciously declined it, which I greatly appreciated ! This was a competitive game for sure but a friendly match as well. : )


Pre-Game Analysis
My main goal is to kill all the enemy scoring units. Maybe a bike squad or Grey Hunter pack can grab an objective towards the end of the game. I'd have loved to had the biker command squad as those four prescienced grav guns would obviously be very strong versus the Knights. This will be a good learning experience versus Imperial Knights though and that's the main thing. I'm not worried about the Iron Hands but I'm sure their two flyers will be very annoying... Oh well.
Posted by Terminus Est at 12:27:00 PM