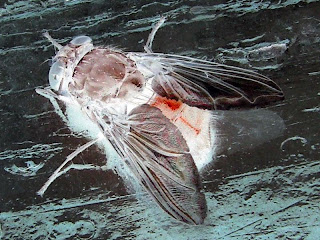 I like to watch video battle reports (VBR) to learn about armies and as a form of entertainment. Here are my ranking and ratings. Note that I have not included any channels on Twitch as for whatever reason I don’t watch it a lot but there a lot of good ones like Bell of the Lost Souls.

The top channel appears in the first slot and so on. I rate them on the following categories:

Competitive - Knows the rules inside out and run competitive army lists

Knowing the rules inside out is one of the most important things for me as nothing is worse than watching 80-90% of a VBR then there is a major mistake that ends up throwing the game. In my opinion the best games are error free of any rules mistakes. If there are some serious rules issue during the beginning of the VBR I stop watching it. You owe it to your viewers to get the rules right. Also I don’t like a lot of cursing throughout a report... to me a VBR worth watching should be very professional. Finally the entertainment is also very important - it gets old really fast watching WAAC army lists in action. Competitive does not equal WAAC in my book.

I score each category as follows:

Note that I am not here to rag on any of the channels I watch. This article is solely intended to point potential viewers in the right direction.

There is only one channel I watch regularly and it’s the30kchannel. This channel gets a perfect score as they do everything right. Typically there is one episode a month and I watch every one of them.

[1] My top pick is SEO Winters. Winters has the best 40k VBRs in my opinion because the armies are always interesting and the games tend to be very close. Winters is a tactical genius... I really learn a lot from him every episode. He tends to play Imperial armies but recently he has been playing Death Guard a lot. I rate this channel as follows:


[2] My second favorite 40k channel is Grim Resolve. This channel is from Scotland and it’s a hoot to listen to their accents. I rate this channel as follows:

Unfortunately they haven’t released anything new in awhile which is a shame. Even though I rated this channel as B+ for competitive that is mainly because they tend to play armies that aren’t as optimized as some of my other favorite channels but still they are very entertaining and offer something different.


[3] Next up is Tabletop Tactics by the Spyder (Lawrence Baker) and is from England. His VBRs are the most entertaining for me and the Spyder goes to great lengths to put together top notch reports. I rate this channel as follows:


[4] In at the fourth slot is the Glacial Geek. Wow Phil Hall has come such a long way very quickly. Phil is first and foremost as fair as they come and he never has anything bad to say. This channel is a one man band and Phil is very dedicated... no wonder his popularity continues to constantly grow. FLG was requested by so many people to feature one of his games at the recent LVO he got to show his stuff the second day even though he was not on a top table. I rate this channel as follows:

This channel is constantly improving each and every episode!


[5] My choice for the fifth slot is StrikingScorpion82. This channel is also from England as well and this is one of the most professional and also extremely entertaining. This channel features a lot of different armies including a lot of xenos races. I rate this channel as follows:


[6] My final pick for the top six is Guerrilla Miniature Games. This channel is out of Canada and Ashe also does a great job plus occasionally he features some Horus Heresy games as well. I rate this channel as follows:


There are lot of other great channels to watch as well so here are some honorable mentions but in no particular order:

The Long War (US)


So there you have my top ten. You’ve probably seen or heard a lot them if you also like to watch VBRs. Check them out when you have a chance.