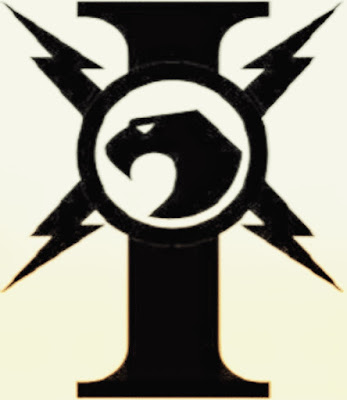 I was late to start playing eighth edition with a move across the country last year. I really wanted to play Ultramarines when I saw the new codex. I lost most of the games I played for the first few months. One or even two mistakes are so painful this edition and I made my share of them. I had some good games though and felt like overall I was doing a lot of things right. I think a lot of people think Space Marines are not competitive but I think they are wrong. To me Ultramarines are really good... on top of everything else they have going for them their Chapter tactic basically gives every unit the keyword Fly in that they can fall back and still shoot at -1 BS which is a big deal.

Just after I finally finished building my army it was stolen last December so I had to start over again but it turned out to be a great thing as I was forced to re-analyze my original list and then recently something totally awesome happened - Custodes. Custodes are to the Imperium what Daemons are to Chaos. Bless all the people who supported me when I lost my first army - you kept me in this hobby and you all mean so much to me.

This article is not about Space Marines and Custodes, it is about simple things I’ve learned to prevent making mistakes. Like I said mistakes are a really big deal now... just one mistake can easily cost you a game.

-Don’t Cast Psychic Powers When You Don’t Need To
I had a recent game versus Smash Brothers (Magnus and Mortarion). I successfully rolled for Null Zone and it was not denied. Both daemon Primarchs were really close by losing their invulnerable saves - Plasma to the left - Plasma to the right. I should have stopped casting right then but I decided to go ahead and cast another psychic power then rolled Box Cars. My Librarian had already lost some wounds and died... no more Null Zone. Perils of the Warp is a thing and it can cost you games - don’t get greedy.

-Don’t Charge Everyone into Combat
This is one of the biggest mistakes I see and I’ve fallen into this trap more than once. A classic example is versus daemons... again Null Zone is successfully cast and not denied... daemons lose their invulnerable save. Don’t charge the Librarian into combat. You fight first then your opponent burns two command points to interrupt combat and kills the Librarian shutting down Null Zone. You could have cleaned house but they clean your house because again you got greedy when you didn’t need to... so silly.

-Command Points
I horde my command points like they are solid gold. I’ve seen people burn command points to reroll a bolter hit due to frustration... lol. Ideally you should know all your best strategems inside out. I’d much rather reroll to wound than to hit, the odds are much better you’ll do some serious damage... you could easily reroll a miss into another miss again and not even get the chance to wound. Ideally you should have three to four command points going into the fourth turn. Command points win games and you win games versus competitive gamers during the last couple turns.... that’s when you really need them. If you can design your list to reroll to regain command points do it(i.e. relics or Warlord traits). Like I said - solid gold.

-The Castle
The castle is a big thing and I even see eldar using this tactic (think Dark Reapers). A castle is a piece of terrain granting cover to your infantry. Deploy units with ranged fire power (e.g., Devastators) inside the terrain along with some characters to buff these units (e.g., Captain, Lieutenant, Ancient, Apothecary, etc.). There should be an objective inside the terrain as well so you can score points while shooting out from it.

You should also have some counter assault units deployed in a manner to defend your castle... ideally these units should be held in reserve and be able to deep strike (e.g., terminators). Holding them in reserve keeps them safe until you need them. The more of these units you can hold in reserve the better you’ll be able to react to whatever your opponent does.
Posted by Terminus Est at 1:34:00 PM